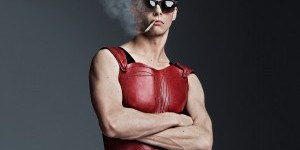 Of Greeks and Game Shows

The Dance Enthusiast is fortunate enough to be invited into the rehearsal processes of the best dance companies in New York City. The Martha Graham Company is not only a New York City treasure but a NATIONAL TREASURE. We were thrilled to be part of their 85th Anniversary Celebration.

A Minute of Dance in Eden ( an excerpt from Martha Graham's ballet, Embattled Garden)

A Dance Minute of Elation ( World Premiere and companion piece to Deaths and Entrances, Chasing by Bulareyaung Pagarvala)