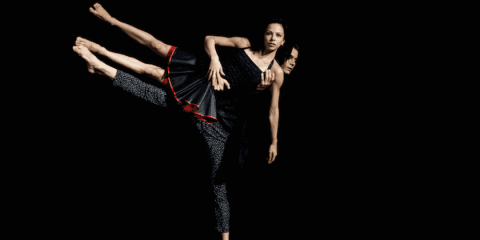 At The Joyce Theater

It was a dark and stormy night.

Not really, but it is May, and it's gray, chilly, and spitting rain. An antidote for these spring doldrums could lie at The Joyce Theater where south-of-the-border São Paulo Dance Company has tucked in for a one-week, multi-bill program.

Spearheaded by the Government of the State of São Paulo in 2008, São Paulo Dance Company is an outfit reminiscent of the recently departed and dearly missed Cedar Lake Contemporary Ballet. Prodigious technicians; hot choreographers; moody pieces; and a sexy, cool vibe: everything points to a homerun. Instead, it’s more like a bunt to first.

The problem lies in the curation by Artistic Director Inês Bogéa. Three of the four pieces follow the same script and wallow in similar clichés, which leads to exasperation and then ennui.

The recipe for these works goes a little something like this:

Make sure to have a walking section. Two or three might be better.

Spatial pathways should be linear: horizontal trajectories, like swimming pool lanes, fare best, but front to back with the occasional diagonal works too. When in doubt, have everyone writhe in a clump. 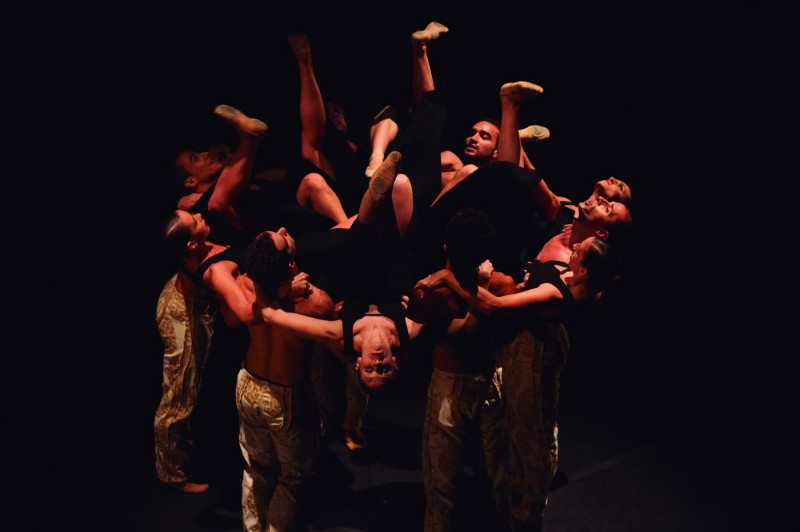 Stick to episodes rather than a narrative or emotional arc. Solos, duos, and trios should be interspersed with group sections. There must be at least one signature pas de deux signaled by swelling music and a pool of dusky light. The man and the woman will do cool gymnastic lifts. They will not seem interested in each other.

Pieces should feature between eight to fourteen dancers, split evenly between men and women. Gender roles should be strictly enforced. When a woman dances with a man, she is his to manipulate. Women must look as if they enjoy this.

To ensure that the audience interprets the work as “important art” include music with vaguely non-Western rhythms and wistful melodies. Augment with splashes and streaks of fuzzy light. Costumes should lean to the pedestrian but with plenty of exposed flesh.

The one piece that escapes this paint-by-numbers approach is Céu Cinzento by Clébio Oliveira. He recasts Romeo and Juliet as blind lovers stumbling and bumbling to their inevitable tragedy. The work registers as occasionally precious but it’s riskier and far more imaginative than anything else on display. The doomed lovers dash in endless, hopeless circles. Jangly, skittery, stuttering: their nervous energy brushes up against one another and, sometimes, into each other. At the end, she collapses backwards into his arms and then logrolls away. He lurches after her, loyal to the last.

The dancers of São Paulo Dance Company range from competent to fabulous. The women outshine the men; like supple, fleet-footed pumas, they revel in the sensuous pleasure of muscular acuity. As a whole, the company is clean, well rehearsed, and animated.

But to live up to its dancers’ potential, it needs a better showcase than these derivative, lugubrious pieces. The company, although celebrating its eighth year, feels like an upstart, emulating its peers in Europe and America as it figures out its own ethos. It’s the perfect to time to embrace the old chestnut, “Nothing ventured, nothing gained.”