By Catherine Tharin
View Profile | More From This Author

An Ebullient Cornucopia of Black-Created Dance and Music

The Jazz Continuum, an exuberant splash of a show at the Joyce Theater, featured numerous forms of American Black-created dance and music developed from times of enslavement to the present.  Melanie George, the glamorous MC of the evening and the dramaturg, dressed in sparkles and 4” heels, recounted the names of historical dances, dance-interpreters and dance-expanders, as well as musicians, who advanced this cornucopia of American forms that provided the source material to, as George emphasizes, “build this beautiful Black show.” The one-hour review, part lecture and explanation, delivers, above all, a whole lotta dance.

Effervescent fast feet, tosses, spins, shimmies, and leaps danced to original and iconic sounds imparts a who’s who of jazz dance and music embodied by the primary four women and five men dance explorers, individuals at the pinnacle of their performing powers. They are accompanied by an excellent five-member jazz band (musical explorers) and a DJ.

Both academician and performer, the internationally recognized LaTasha 'Tasha' Barnes, a tour de force onstage and off, assembled the exceptional crew, choreographed the overall project, and lent her leadership to the dancing. 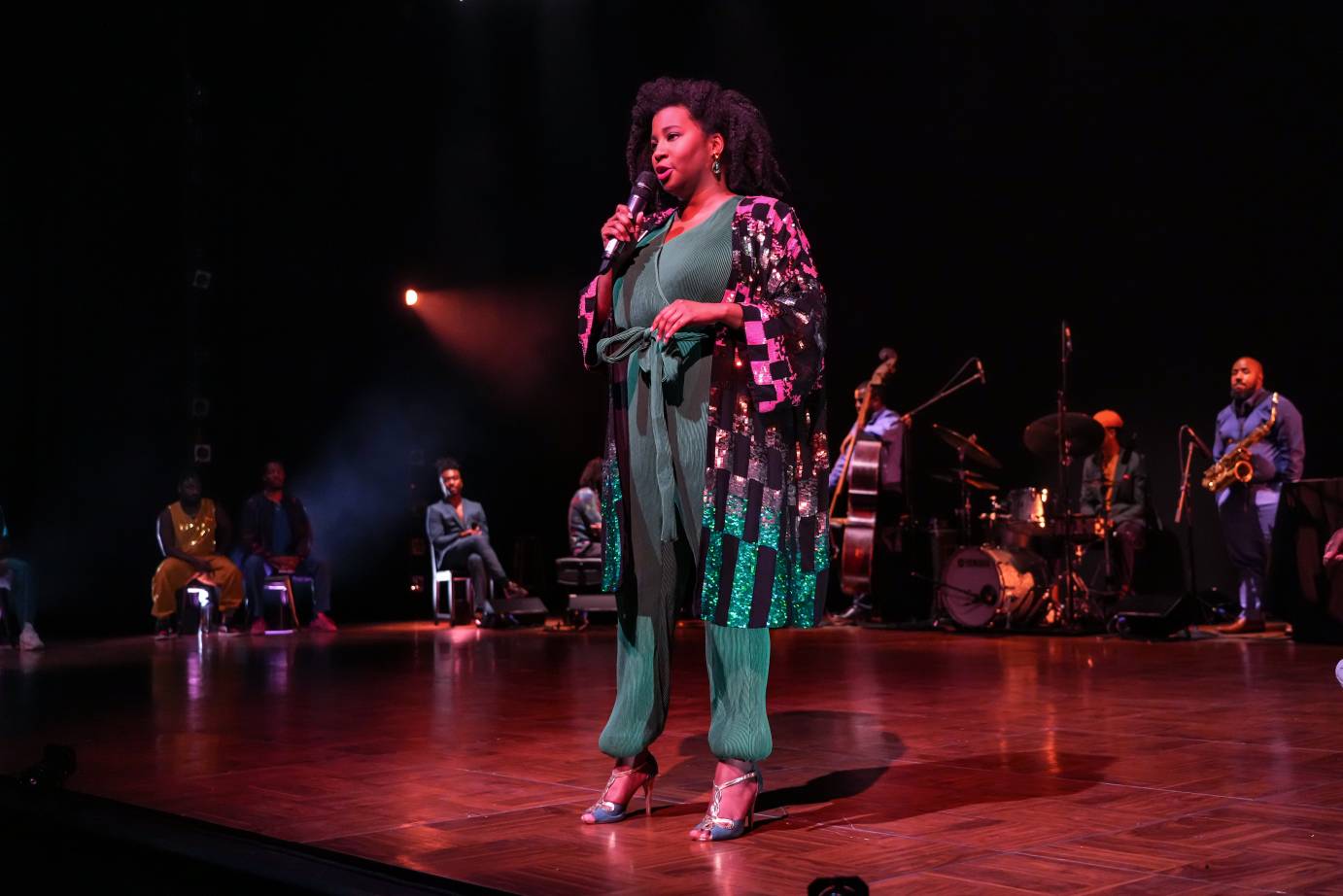 Within five sections: The Call, The Embodiment, The Response, The Exchange, The Vibe and The Acknowledgement, the evening was structured around two lines of dancers facing one another, a straight line of dancers facing the audience, couple dancing, improvisation, a tight clump, grouped by gender, and at the core of the show, the circular Ring Shout. 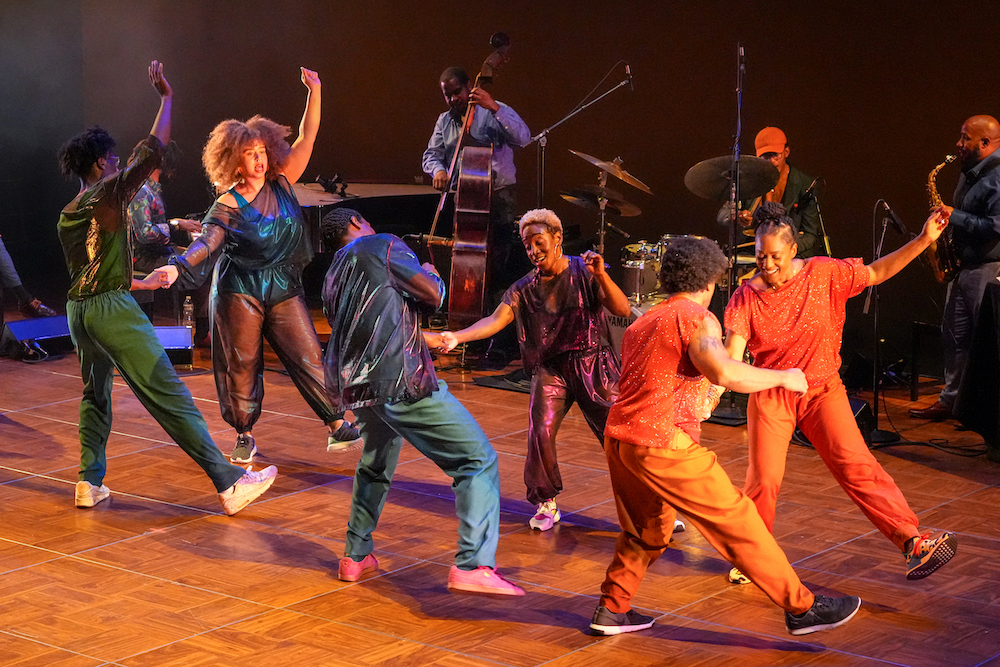 The African Ring Shout traces a counterclockwise circle. It honored ancestors and gods with cries, shouts, call and response, and distinctive rhythms. Enslaved people danced the Ring Shout “validating a group solidarity in the face of enormous oppression,” (Jonathon David,historian) then added Christian worship. Enslavers barred Africans from most forms of dancing. To skirt the prohibition, foot shuffling, and subtle hip and torso movements predominated. Juba dance involved rhythmic walking and slapping different parts of the body. These foundational forms developed into stepping, tap and jazz.

The Ring Shout is repeated several times throughout this production, each time with a different theme, most memorably when each dancer performs an improvised solo expressing flamboyant panache. Dance forms are featured but improvisation, central to the African American artist’s performing experience, remains essential. 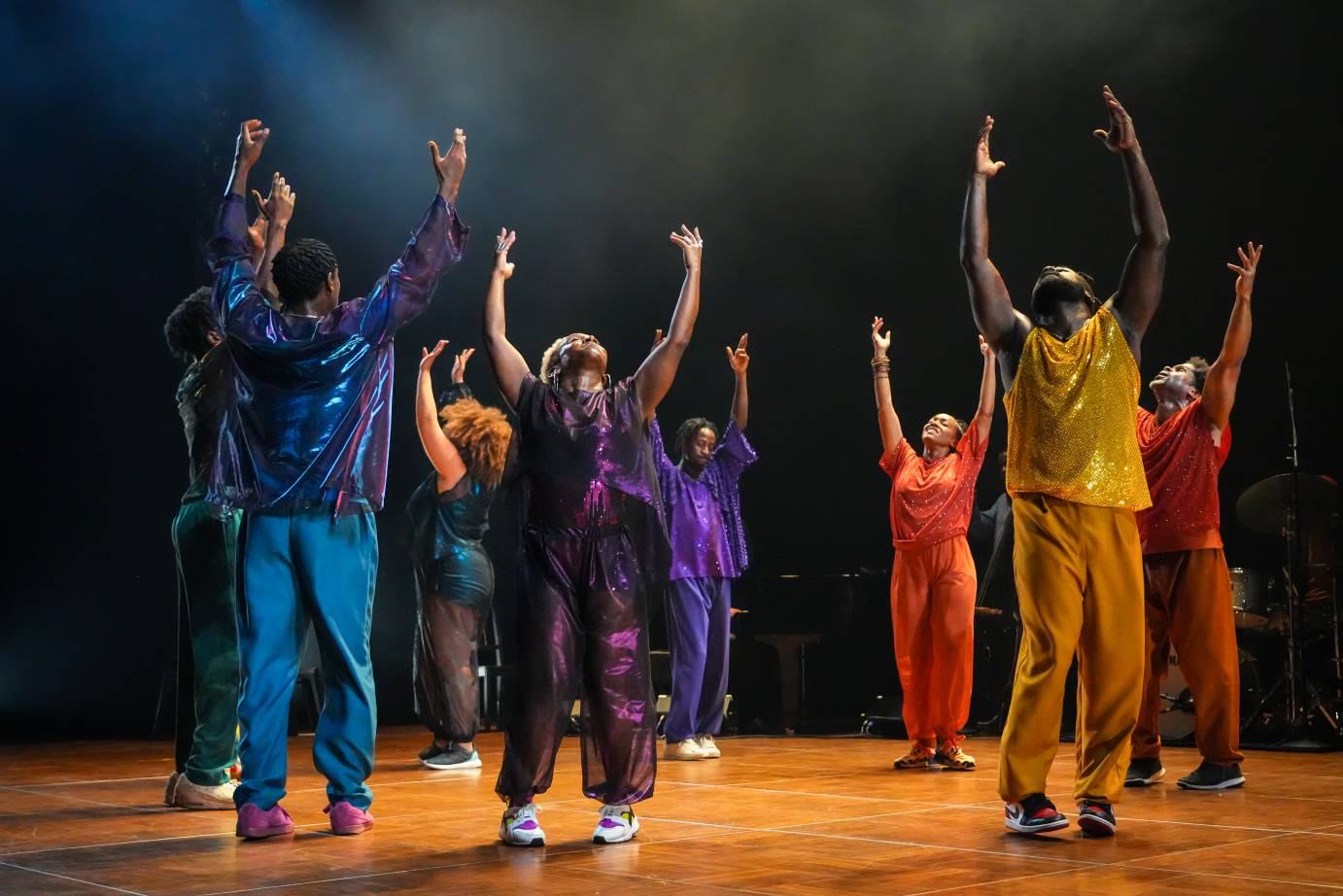 The Jazz Continuum at The Joyce Theater,Photo: Steven Pisano

Dressed in sequined rainbow-colored costumes, we come to know the personalities of the dancers. Reyna Nunez, costumed in purple, opens her chest to the sky while executing an African-inspired dance celebrating each of her fellow performers. Also in purple, Ray F. Davis stands on his hands and melts to the floor with notable suppleness. Sultry Imani Arrington in yellow, and Duane Lee Holland Jr, a powerhouse in orange, perform a slow, quirky duet on their knees, turning over, rolling, their backs to us, and with arms moving like the neck of a swan. Dressed in orange, Michele Byrd-McPhee drops low then kicks her legs high. The most experienced performers, Barnes, and partner Tyedric Hill, in pink sneakers, steal the show with their eye-popping, irrepressible Lindy Hop. George exhorts the audience to show their appreciation of the performers with applause and calls out, and “if the spirit moves you, get up and dance.” 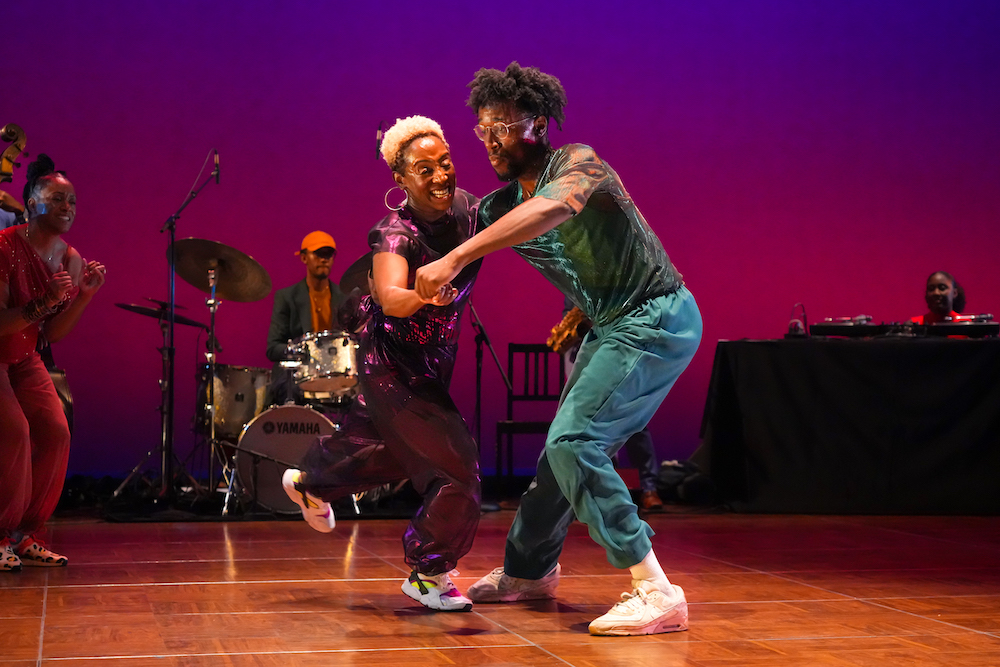 The mood dips occasionally into melancholy and wistfulness. Undergirding the joyful dancing is a reckoning of the African-American past. Yet, a prevailing feeling of hopefulness is palpable. The Black experience is one of discrimination, and the music reminds us of this. Led by Musical Director Charles Turner’s resonate vocals and the terrific Christopher McBride, who figuratively blows down dancers one by one with his imposing saxophone playing, the mood is established by the musicians. 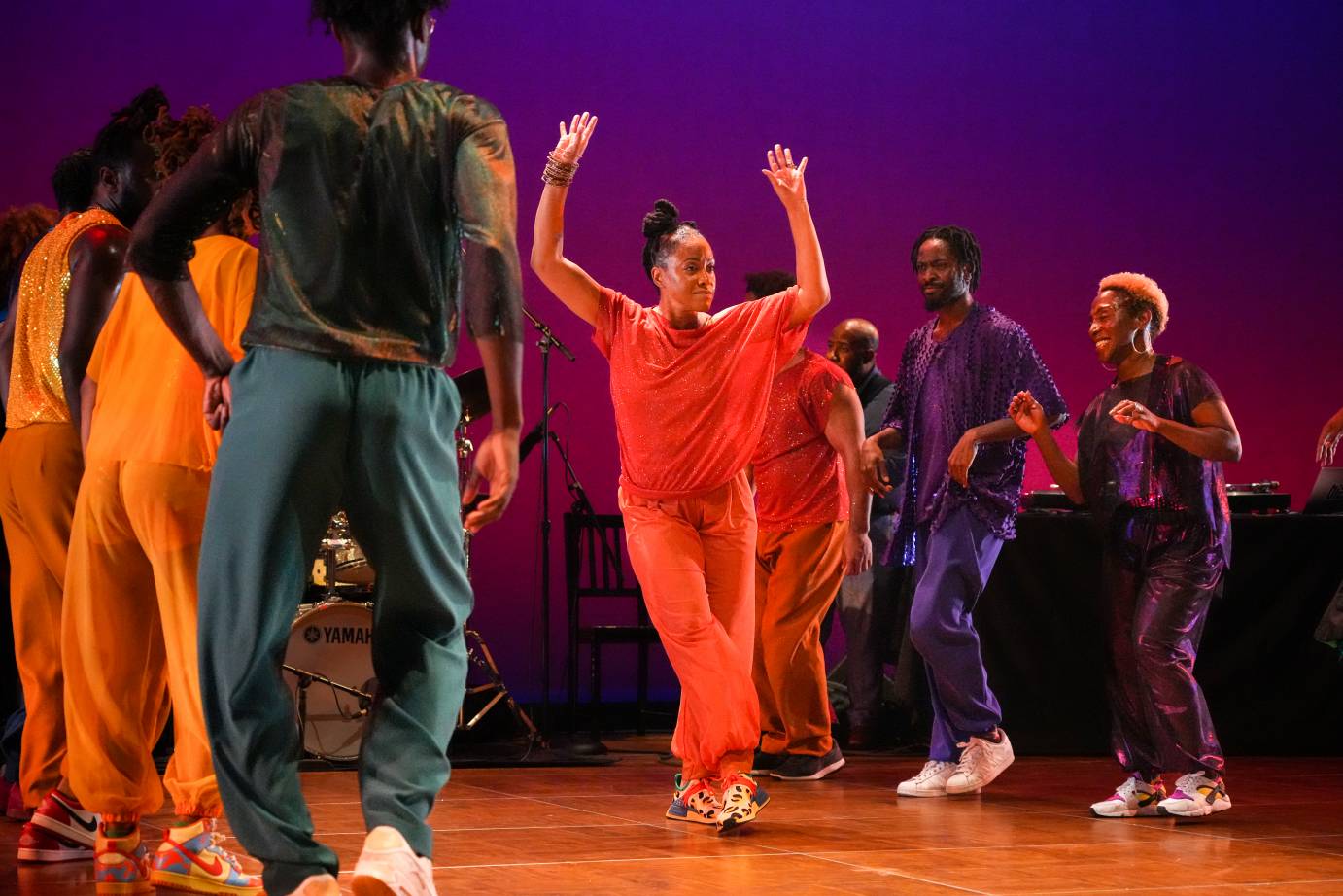 At the conclusion of the evening, Barnes touches the feet of each performer, all standing in a semi-circle, in a communal gesture of thanks and humility. With her acknowledgment of family, elders, mentors, and ancestors, Barnes encourages and demonstrates her admiration for the performers who will undoubtedly continue to exemplify and further explore vernacular jazz.