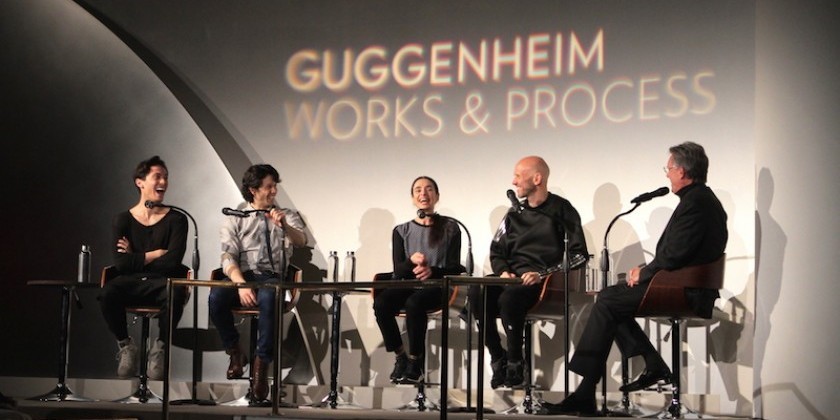 Happy Birthday, The Rite of Spring!

The iconic piece turns 105 on May 29. Shrouded in legend, it continues to inspire creators while thrilling and, sometimes, unnerving audiences. The Paris premiere by Serge Diaghilev’s Ballets Russes was greeted with a near riot as the wealthy coterie clashed with the bohemians. It remains unclear whether the trigger was Igor Stravinsky’s angular score or Vaslav Nijinsky’s flat-footed choreography. Around 40 people were removed from the premises as the performance doggedly continued. Even with the drama in the audience, the piece received reviews that ranged from tepid to poor. Puccini pronounced it “the work of a madman.”

As they say, there’s no such thing as bad publicity, so in 1920, Diaghilev attempted a revival. Nijinksy, however, was in mental decline, and no one else remembered the choreography. This led to interpretations through the years that have spanned from Millicent Hodson’s effort at a faithful recreation to personalized versions from Mark Morris, Thierry Thieû Niang, and Martha Graham.

It’s this legacy that choreographer Wayne McGregor must confront — and move beyond — in Afterite, his new work for American Ballet Theatre, which will debut on May 21 at the Spring Gala and then be featured for the week alongside Alexei Ratmansky’s The Firebird (another piece originally created for and performed by the Ballets Russes). “It sits on my shoulders,” McGregor says. Although he allows that references to and fragments of former versions of The Rite of Spring may hopscotch through his rendition, the goal is in the title. He wants to move beyond the storied history.

In April, McGregor delved into the crafting of Afterite and his dance-making ethos at Guggenheim’s Works & Process. Besides rehearsing two sections with ABT luminaries Jeffrey Cirio, Herman Cornejo, and Alessandra Ferri, he chatted with John Meehan, Professor of Dance at Vassar College.

When Meehan pressed if Afterite contains a narrative, McGregor hedged the question, calling himself “coy.” “All bodies are inherently narrative,” he says. He concedes that there would be a mother and two children interacting with a community. He stays tight-lipped because he wants audiences to come “ready to perceive in real time.”

While McGregor is Resident Choreographer at The Royal Ballet, his aesthetic isn’t your grandma’s idea of ballet. Born in 1970, he wanted to be John Travolta growing up. He trained as a youth in ballroom and Latin before studying choreography at Leeds University. In 1992, he founded his eponymous company, which tours the world performing his work.

McGregor’s distinctive style forges the dynamic spine of Latin and ballroom with the weight and flow of modern dance, which he then burnishes using balletic refinement and precision. The result is undulating and sensuous, yet abstract and contained. He writes his choreography across the stage like cursive handwriting — a singular blitz of swirls and sweeps that conveys diverse messages. Cornejo calls it “such a unique movement.”

There’s no showing up to rehearsal with the steps planned and the counts set. Instead, McGregor prefers “being lost” and “experimenting in the moment.” As such, he’s always on the lookout for “can-do dancers” who help co-author the phrases. He feels this collaborative practice gives the dancers ownership over the material. Cirio says it “keeps the personality” of the performers. McGregor agrees: “It’s as much theirs as it is mine.”

The Ballets Russes spirit of Gesamtkunstwerk is alive and well here as it is in other McGregor works. Inspired by the stark beauty of Chile’s Atacama Desert, one of the driest places in the world, he and his team of designers have fashioned an otherworldly landscape for the intergenerational cast. An abattoir curtain — McGregor refers to at one point as “a membrane” — will drape across the stage. Ferri, in one of the opening scenes, breaches this membrane and encounters Cornejo, with whom she engages in a sinuous pas de deux where she lusciously wraps her legs around him.

Or maybe she won’t. Although McGregor dubs this is a “mini world premiere,” he counters, “This version anyway.”

Afterite will premiere at The Metropolitan Opera House, May 22-26, 2018. To purchase tickets, please click here.

The Dance Enthusiast Shares IMPRESSIONS/ our brand of review and Creates Conversation.
For more IMPRESSIONS, click here, including our 2014 review of Wayne McGregor's Far.
Share your #AudienceReview of performances for a chance to win a prize.