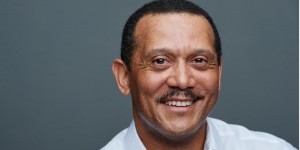 "Balanchine: The City Center Years" at New York City Center With Ballet Companies From Around the World

Programs I and IV

Balanchine: The City Center Years was the dance equivalent of a blockbuster museum show as well as a loving tribute to one of ballet’s greatest choreographers. New York City Center brought together eight of the world’s premiere ballet companies performing 13 works that George Balanchine’s company, the New York City Ballet, performed from 1948 to 1964 during its years as the theatre’s resident dance company.

The festival is among the marquee events of City Center’s exceptionally rich 75th anniversary season. A city-subsidized performing arts institution once known as the “People’s Theater,” City Center played a central role in Balanchine’s artistic development: Without it, the choreographer might never have had the resources he needed to get a permanent company off the ground in his adopted country.

The Joffrey Ballet in The Four Temperaments; Photo: Paul Kolnik

Balanchine’s ballets are danced by far more companies today than when he died in 1983. What do his works look like in London, Paris, St. Petersburg, Chicago, San Francisco and Miami? The festival gave us a glimpse. Most of these performances showed his works to be alive and well around the globe, thanks in part to excellent stagings by representatives of the George Balanchine Trust. Colleen Neary’s staging of The Four Temperaments for the Joffrey Ballet was particularly fine.

City Center is an intimately scaled theatre, with a stage that’s relatively small for presenting big ballets. Part of the pleasure of watching ballet there, though, is that one is close to the dancers and vice versa. Edward Villella, a longtime New York City Ballet principal, once said, “What I liked about City Center was the closeness of the first balcony. You could almost reach out and touch them, so you really felt close to your audience.”

The festival opened with Serenade, the beloved 1934 ballet that Balanchine made soon after arriving in this country.

The company that performed Balanchine’s oldest American ballet was Miami City Ballet, the youngest troupe to be invited. (Villella founded the company in 1985.) Miami City Ballet gave a luminous and airborne account of this ballet. Already, as the curtain rose on Serenade’s iconic opening tableau, with seventeen women standing motionless in filmy pale blue dresses, this production looked different from New York City Ballet’s. The women’s figures were almost silhouetted against glowing blue lighting, instead of being bathed in moonlit lighting from above.

Miami City’s interpretation of Serenade, filled with changing patterns and sweeping rushes of lyrical movement, had a fascinating gliding quality, though it had plenty of attack too. The troupe has a reputation for working as a true ensemble, and that reputation was in evidence here.

Among the three principal women, I especially loved Jeanette Delgado’s dancing. She has a high, powerful jump, and gave a performance that stood out for its abandon, its musicality and its large scale. Tall Simone Messmer brought an ethereal, delicate quality to her role. She was wonderful in the work’s final moments, as she is carried aloft in a mysterious procession towards a back wing, at the last second arching her back and reaching her arms out as though gesturing to a world she is leaving.

The Mariinsky Ballet’s Viktoria Tereshkina and Kimin Kim followed, performing the virtuosic Tschaikovsky Pas de Deux (1960). Their dancing was accomplished, but their approach was wrong.

Tereshkina gave a hard-hitting “this is all about me” performance that lacked both finesse and musicality. Dancing opposite her, the appealingly modest Kim wowed the audience with his high and pliant jump. But this ballet, like all Balanchine works, requires that jumps be fast as well as high, which means landing as quickly as you take off. Schooled in a very different tradition, Kim hovered high in the air but was behind the music when he landed.

The pair broke up each of the duet’s four sections with long bows, anathema to Balanchine and out of place in this setting.

Two dancers from the Royal Ballet followed with a very different virtuoso pas de deux, Tarantella, set to exhilaratingly fast and joyous music by Louis Moreau Gottschalk. Marcelino Sambé was cast as the flirtatious, high-flying Neopolitan boy and Anna Rose O’Sullivan as his vivacious Neopolitan girl. Sambé’s warm, down-to-earth dancing reminded me of Villella, for whom the role was created in 1964. He and O’Sullivan were well matched in their unpretentious charm, dancing with each other instead of competing for the audience’s applause.

The evening ended with New York City Ballet dancing Symphony in C, the ballet that closed its inaugural program 70 years ago. The company was in top form and fielded a splendid cast.

Tiler Peck and Tyler Angle in the first movement set the bar high. It is difficult to imagine a performance more definitive than Peck’s here —crystalline, precise, full of contrasts and textures, always playing with the music. Her body seemed to hover lightly above the quick footwork in dancing that allied pure joy with brilliant technique.

Sara Mearns and Jared Angle (Tyler’s brother) led the slow, luxuriously romantic second movement. This is one of my favorite Mearns roles, as she is transported by the music, inside of it, so that we feel it in the pull of her legs, the deep bends of her expressive back, the way she takes her’s partner’s hand or looks into his face. She gave an intensely moving performance of it here, aided by Angle’s skillful partnering

Almost as though to show off what it could do, the company took the work’s third and fourth movements at a furious pace, especially in the coda, where more than 40 dancers moved with whirring speed to the perpetuum mobile pace of Bizet’s ebullient score in the tight confines of City Center’s stage.

The festival’s magnificent fourth program opened with an outstanding performance of The Four Temperaments by the Joffrey Ballet, which called City Center home until 1995, when it moved to Chicago.

The Joffrey’s Four Temperaments was detailed, nuanced and lovingly performed. Not a single movement or gesture was taken for granted. The company’s enjoyment in performing it was evident, as was the careful coaching it had received. Colleen Neary’s staging was wonderful.

The Joffrey Ballet in The Four Temperaments; Photo: Paul Kolnik

Also wonderful were two last-minute replacements: Stefan Goncalvez in the Melanchoic variation and Julia Rust in Choleric. With his wonderfully supple back, his sensitivity and musicality, Goncalvez gave the most beautiful performance of this role I have seen in years. Rust, meanwhile, had a wonderful combination of exactitude and freedom in her movements. Hers was not an imperious or ferocious Choleric. Instead, she imbued the role with authority simply by performing the steps cleanly and with the huge contrasts of scale and shape that are built into the choreography.

The Joffrey was followed by three dancers from Miami City Ballet performing Glinka Pas de Trois, a Balanchine rarity from 1955 that was new to me. The work is light and playful, featuring a man with two women who ultimately elude him. As in Serenade, the Miami dancers showed themselves to be exceptionally gifted at jumps, which make up the lion’s share of the steps for all three. Made for André Eglevsky — his daughter, Marina Eglevsky, staged it — the man’s variations are extraordinarily difficult, with unusual steps such as a series of double tours en l’air landing in arabesque plié. Kleber Rebello executed them cleanly and with wonderful form. Ashley Knox in red and, especially, Nathalia Arjo in green danced with quicksilver lightness. Indeed, the air seemed to be Arjo’s natural element.

The Paris Opera Ballet’s Sae-Eun Park and Hugo Marchand followed with the pas de deux from Agon (1957). This high-modern duet to Stravinsky’s spare score was made for, and usually danced by, a tall woman. Park was petite alongside the tall Marchand, which made for a slightly different dynamic. The pair eschewed astringency, opting instead for a softer approach. A certain amount of tension was missing, but, on the other hand, their performance was sincere and refreshingly unexaggerated.

San Francisco Ballet closed the program with a wonderfully stylish performance of Divertimento No. 15 (1956), to Mozart’s score. The choreography for this work appears classically filigreed but it is simultaneously modern, with Balanchine’s signature use of turned-in and turned-out positions and off-balance movements. The San Francisco dancers did a good job highlighting its dual character.

Tall, blonde Sasha de Sola particularly stood out among the generally fine dancers. A little hip-swiveling movement for the tutu-clad women runs like a theme throughout the jewel-like choreography. In de Sola’s dancing, this hip swiveling translated as a piquant expression of delight, and I imagined her as an 18th-century coquette.

Balanchine: The City Center Years not only lived up to my expectations but surpassed them. The logistical feat of bringing all these companies together for five days of performances was substantial, and City Center should be proud of the achievement. Of the eight companies invited, I missed only American Ballet Theatre, performing Symphony Concertante, the only other work Balanchine made to Mozart’s music. In March, City Center will continue its homage with a revival of the 1938 Rodgers and Hart musical I Married an Angel with Balanchine’s original choreography. Stay tuned.