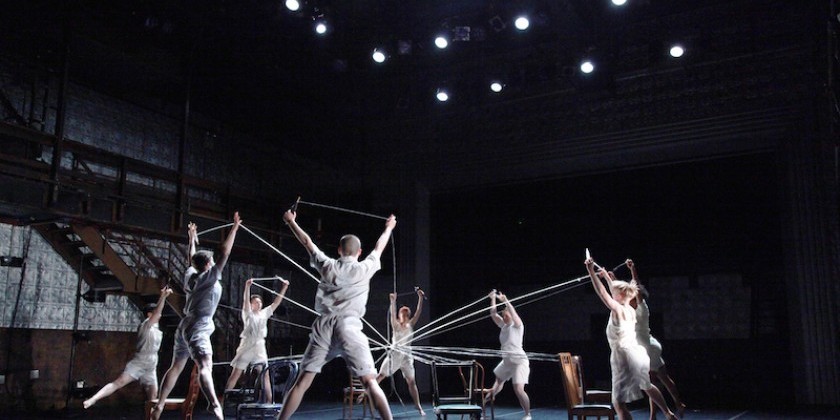 As Part of the La MaMa Moves Festival

Choreography by Kate Pyle with Jules Skloot and the Ballez Company

What is it about fairy tales that captures our imagination? Is it the recognizable archetypes, the use of enchantments, the darkness lurking beneath the genteel surface? Perhaps, it’s the fact that they’re marvelously flexible, able to be stretched and snipped at until they emblematize current realities.

Katy Pyle, artistic director of Ballez, a company that showcases lesbian, queer, and transgender performers, does just that with her Sleeping Beauty & the Beast, which received its premiere at La MaMa. Like a sorceress, she stirs together two beloved fairy tales — Sleeping Beauty and Beauty and the Beast — and adds a dash of ballet mythology in the form of Anna Pavlova's The Dying Swan to forge a dance that is timely and timeless.

Pyle contextualizes Aurora's journey into womanhood (in the original story, Aurora awakens after birthing twins) against a backdrop of social activism: the 19th century organization of factory workers and 20th century AIDS advocacy. The Queer Urban Orchestra brings Tchaikovsky's score to life in the formalistic Prologue and Act One, which take place in the Ellen Stewart Theater. In the muddled fever dream of Act Two, Saint-Saëns The Dying Swan (Stephanie Babirak on harp and Bjorn Berkout on cello) commingles with JD Samson’s toe-tapping club beats in the Basement Theater. 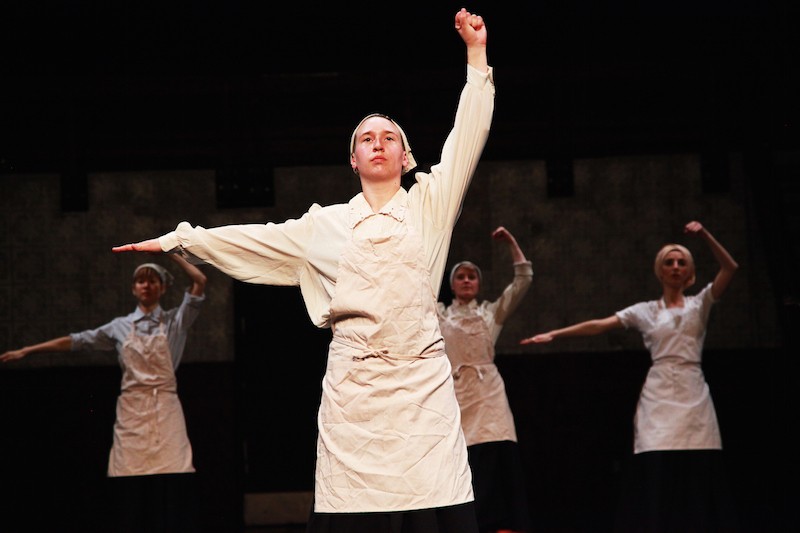 Many of the traditional elements of the fairy tale are present. There are faeries that bestow gifts at Aurora’s christening. There’s Carabosse, uninvited and irate, who makes a dire prediction. There’s Aurora’s sixteenth birthday where she pricks her finger and falls asleep for one hundred years. There’s the awakening and then a gathering that’s chockablock with divertissements featuring fairy tale characters.

But there’s more — almost too much more — than this. 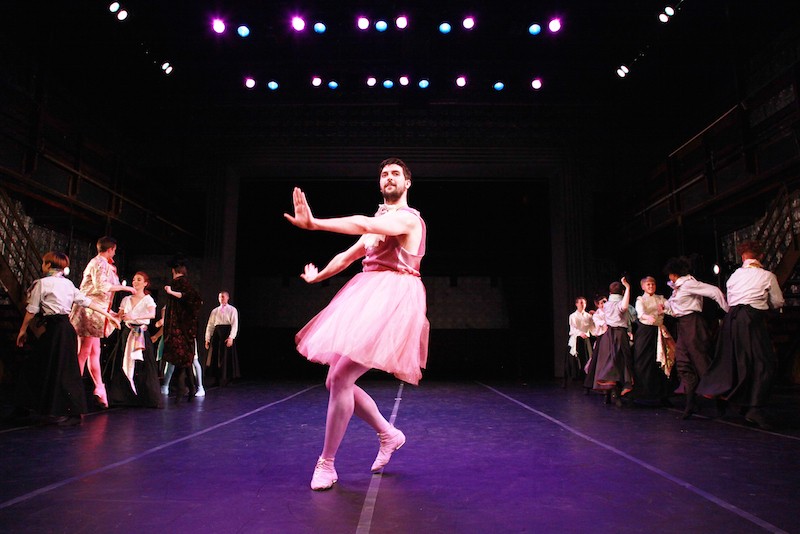 Sleeping Beauty & the Beast comes across as anxious not to suffer from the dearth of plot that characterizes most full-length ballets — a paragraph of action stretched to three or four acts of promenading courtiers and endless divertissements by minor characters. The amateurish program notes laboriously expound upon every scenario. Some of these details appear unnecessary (Aurora is a Cancer with Libra rising and a Scorpio moon) while others seem overly invested with managing our interpretation (“They move from an orderly procession into a circle of tenderness, through the compassion that arises from connecting to each other”). I spent so much time with my nose in my program that I fear I missed the authentic experience. 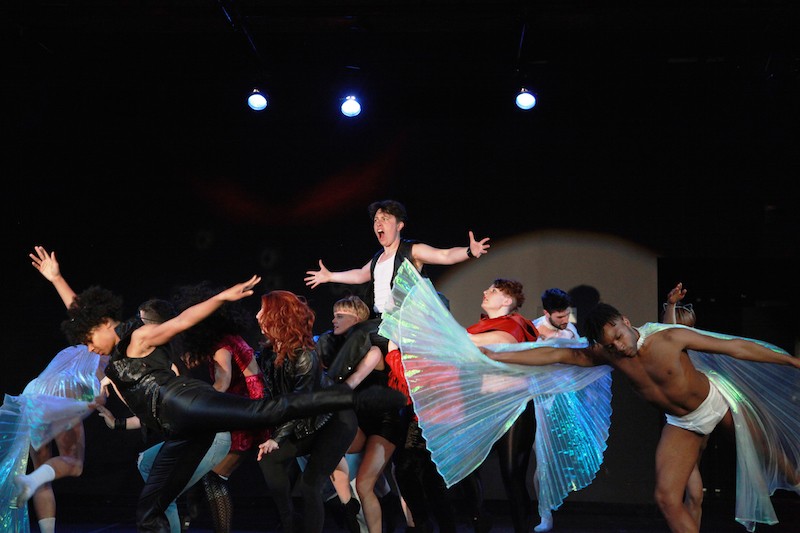 There’s no reason not to trust our instincts or overwhelm us with minutia. The movement — academic ballet with witty twists for the prologue and first act; bourrées and contemporary jamming for the second — tells the story well enough. The prologue, in particular, throbs with significance as individuals weave and bob under, over, and around a ring of chairs, string in hand, to create a web. Both of air and earth, they skim through attitudes and scuttle through floor rolls. It's a tangled story, they suggest, where fate crashes into personal volition.

True love and steamy sex may be found in Sleeping Beauty & the Beast, but the real emphasis is on comradeship. Community flourishes in the form of civil protest and activism as well as intrapersonal connections. Aurora’s rapport with the Lilac Faerie (Chris De Vita with melodramatic flair) is the most fleshed-out relationship. Both friend and mentor, he bequeaths to her the greatest gift of all: acceptance. During the Rose Adagio, the Lilac Fairy sweetly teaches Aurora how to lead. When she’s torn between duty to her family and passion for the Union Organizer, he offers help rather than judgment. Her grief at his death feels real because it must be real.

For all the displays of fervor and friendship, the underlying note struck is one of unbearable sadness. The backdrop of minority groups struggling to achieve basic dignity drives home exactly how easy hate and discrimination are. In 2093, will the tale still be told this way?