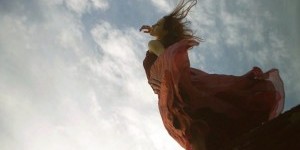 A film by David Iverson

Pictured above: David Leventhal and the Dance for Parkinson's Disease class

Our bodies are such a taken-for-granted part of us that we often forget about them in our day-to-day activities. If we want to run, we run; if we want to smile, we smile. But what if, little by little, running transformed into tiny, hobbling steps and a smile, no matter the effort put forth, remained a grimace? This is the reality of many people suffering from Parkinson’s disease in which daily physical activities become battles, and the thing that makes you the same as everybody else, your body, becomes the thing that separates you.

David Iverson, a filmmaker who has chronicled his family’s struggle with Parkinson’s, devotes his one-hour documentary, “Capturing Grace,” to a group of individuals stricken with Parkinson’s who learn how to dance. Through classes at the Mark Morris Dance Center in Brooklyn, this diverse array of students accrue confidence and skill in equal measure. David Leventhal and John Heginbotham, former members of the Mark Morris Dance Group, lead the classes with irrepressible enthusiasm and treat their students as capable of pretty much everything. As one of the participants, Reggie, puts it, “When the dance class is going on, there are no patients. There are dancers.”

The transformation from individuals struggling with Parkinson’s to dancers is staggering. Cyndy says she can’t walk but she can dance. Then, she demonstrates: Her short, stuttering steps and trembling hands morph into dancing — fabulous dancing — in which she displays intricate coordination, rhythmical variation, and heartfelt emotion.

The movements that Leventhal and Heginbotham teach are more complex than one might expect. The class perfects jazzy shuffle steps and improvises with swirling gestures. Heginbotham notes there are no differences between the ways he works with his professional company and the Parkinson’s class. Students walk into the studio, some with canes, some hunched over, but they dance out.

Dance works far more than physical wonders; it empowers emotionally. Cyndy, when discussing her experience with Parkinson’s, laments losing the ability to put on her best face as the disease reveals her vulnerabilities to the world. Yet, through dancing, she has learned to value herself more. She, a former social worker, says the assignment is to be a dancer; thus, she has to be a dancer. As a result, Cyndy reminds herself to sit up straight because “I’m a dancer.”

Participants Marsha and Charlie in the Dance for Parkinson's Disease class

Iverson follows the group through a year, and the film culminates with a performance, which features a variety of dances including a section from Morris’ Four Saints in Three Acts and Brooklyn’s Peace by Claudine Naganuma. The Parkinson’s class grows increasingly more nervous as the date draws closer, even gathering to review the choreography on their own time. They are equally awed by the opportunity, excited to showcase themselves not just as a community but also as a company. When they assemble before the curtain goes up, Leventhal reassures them: “You know what to do.” Sage advice not just for the impending show, but heartening encouragement for individuals tethered to bodies that have, for so long, not done what they are supposed to do.

Parkinson’s disease is, as of yet, incurable. Dance can’t heal it, but as Iverson’s film demonstrates, it can be a powerful tool in combatting some of its effects. Mark Morris, when reflecting on the power of the program, which is in 11 countries and 100 cities, says, “The dancing part of this isn’t a miracle and it’s not a treatment, but I also see this amazing thing of the people who come into the building one way and leave another. And I don’t mean by a different door. I mean they’ve been transformed in a certain way.”

More importantly, dance takes the disease, which could separate body from spirit, and unifies it, the outcome of which is shining, graceful humanity. As Joy, a program participant, says in the Q&A after the screening, “Just when you think life isn’t going to hold any more surprises, this wonderful gift comes along.”

The Dance Enthusiast’s Stacey Menchel Kussel’s “Renewal,” which documents the ecological and artistic foci of Israeli-based Vertigo Dance Company, appeared alongside “Capturing Grace” on February 1. The company navigates the demands of contemporary art and the ancient practice of agrarian husbandry, the beauty and tension of which meet in their site-specific piece, Rise of the Phoenix, a swirl of graceful, arcing movements in a pool of dirt.