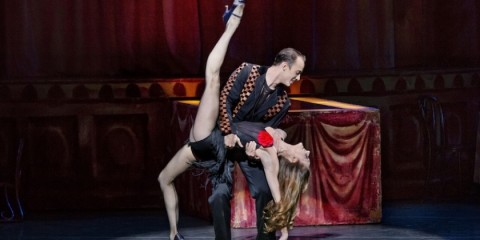 “Tiler Peck is such an artist. You know, Heather Watts (former NYCB principal) has been coaching her, and what a difference she made,” exclaimed Nikki Feirt Atkins. "She dances with so much more nuance.” Atkins, a petite dancer/producer (and medical doctor), re-imagined Lee Theodore’s  ground-breaking troupe of the late 1970s and '80s, the American Dance Machine, creating in 2012, the American Dance Machine for the 21st Century (ADM21). The company's mission is to present classic American musical choreography.

We had just watched Peck perform Christopher Wheeldon’s Carousel with the exhilaration of first love. The ballet opens in silence with Peck strolling, casting a wary eye at NYCB’s Zachary Catazaro, who plays an ardent carousel barker soon encircled by dancers who buck and prance like mechanical horses. While the 1945 musical originally choreographed by Agnes de Mille spins around a love with a dark side (the lovers both loose their jobs and the barker steals to provide for their baby), Wheeldon opted for virginal innocence, mirroring the sweetness of Rodgers’ song “If I Loved You.” Peck and Catazaro dance together with a tenderness that is believable. 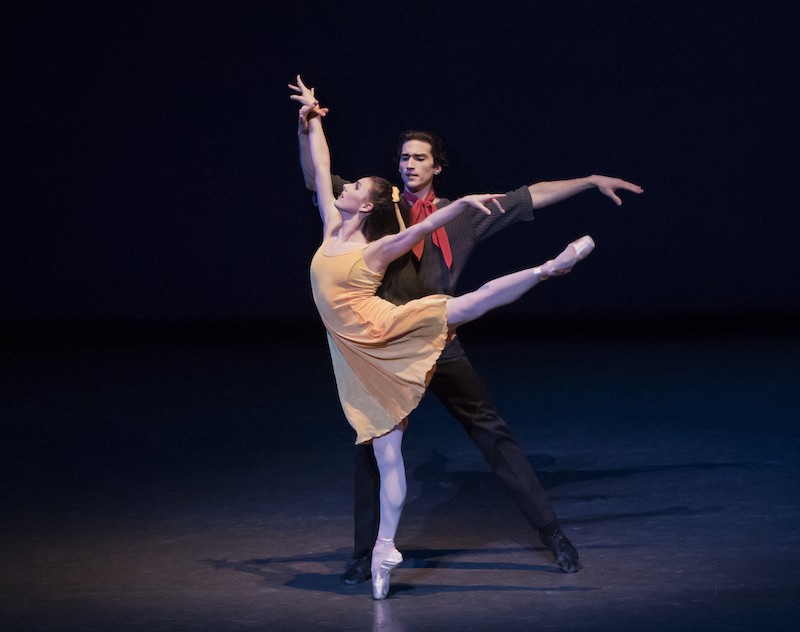 After seeing Peter Martins’ Thou Swell, we both agreed, “Those costumes were dreadful.”

Featuring 16 songs by Richard Rodgers (1902 – 1979), the 2002 choreography is performed on a multi-leveled set suggesting a swanky nightclub, and accompanied by two on-stage singers dressed in black and three musicians in white. The glam girls: Sterling Hyltin, Rebecca Krohn, Sara Mearns, and Teresa Reichlen appear one by one in outlandish, primary-colored coats that, once shed, reveal either blue, pink-sequined (voted the best), magenta (declared the worst), and green gowns. Their dancing men greet them with the reserve of paid escorts, and though the couples rarely even face each other, the ladies swoon regularly. Not until midway into the work with “Bewitched, Bothered and Bewildered” did the heat rise.

Eight NYCB apprentices played “the help” without any help from the costume department. Atkins called the young waitresses’ jumps and beats, and their upraised arms with hands at right angles (to suggest the burden of trays) “cute,” though she thought a higher tutu would have flattered their legs more. 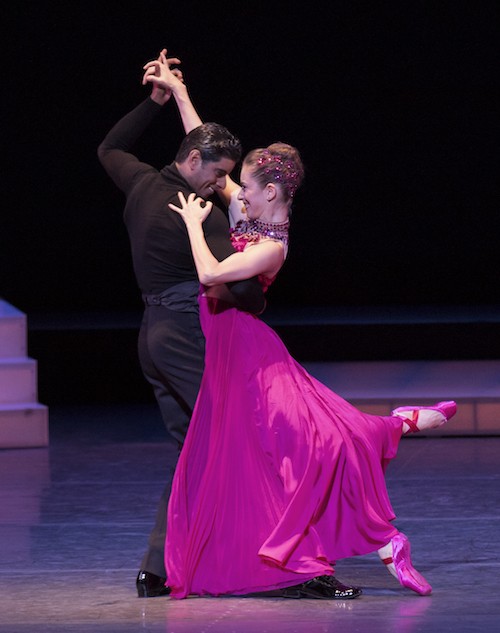 “No comparison!” we agreed, after seeing George Balanchine’s Slaughter on Tenth Avenue.

“Timeless. Balanchine is such a genius, a master,” said Atkins, who added that she never gets tired of Balanchine, particularly his Serenade, The Four Temperaments, and Slaughter.

According to the program, Slaughter on Tenth Avenue was the first full scale ballet within a musical, namely the 1936 On Your Toes, and the first choreography to advance the action of a show.

This ballet makes you grin from the first appearance of a gangster and a danseur noble in front of the curtain. A hot-blooded hoofer, played magnetically by Tyler Angle, who pays for time with the stripper Maria Kowroski, clearly loves women, and any chance to shine. Set in a bar with a raised stage for the stripper, the characters are played with cartoon accuracy. The choreography is playful; no one strikes a balletic line except for Kowroski who primarily throws high kicks, either standing or while dragged. The company seems to take Slaughter as an opportunity to party.

While Atkins loves to include contemporary choreographies by such winners as Susan Stroman, Josh Bergasse, and Warren Carlisle in her company's repertory, she largely concentrates on older American musicals that have not been revived and might be forgotten should she not present them in ADM21.

To Atkins, the biggest challenge for dancers performing in the Broadway style is “being grounded and understated.” She says, "Most young dancers always 'hit it hard.' No one apparently tells them to do anything else. Gwen Verdon never took off her clothes, but she was so sexy.”

If you don't know who Gwen Verdon is, check the below video out.

And Follow Nikki Fiert Atkin's American Dance Machine for The 21st Century to see what they are up to next.