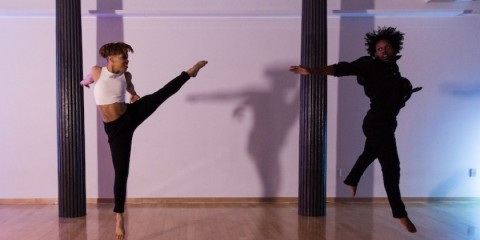 Exploring Dance Through an Architectural Lens

Gina Gibney’s Duet features the cyclical rhythms of pairs. It reminds us how energy can fall apart and then back together again, much like our personal relationships. The show revisits 25 years of Gibney’s choreography with nine excerpts from larger works, spanning from 1992-2016. Duet also highlights the architecture and spatial transformation of 280 Broadway, the Agnes Varis Performing Arts Center, one of two homes for Gibney Dance Center.

Gibney Dance Center is a performance art hub that supports New York City artists and communities beyond. As CEO and Artistic Director, Gibney continues to thrive at the administrative forefront of investing in and realizing sustainable ways to make space for the arts and artists. She has expanded programing and opportunities at 890 Broadway since 1991 and at 280 Broadway since 2014. Gibney is also a community-action advocate. She is so tuned into the world around her that you may wonder what current events circulated around the making of these works. I invite you to take a gander with this curious speculation as we continue. I certainly have! 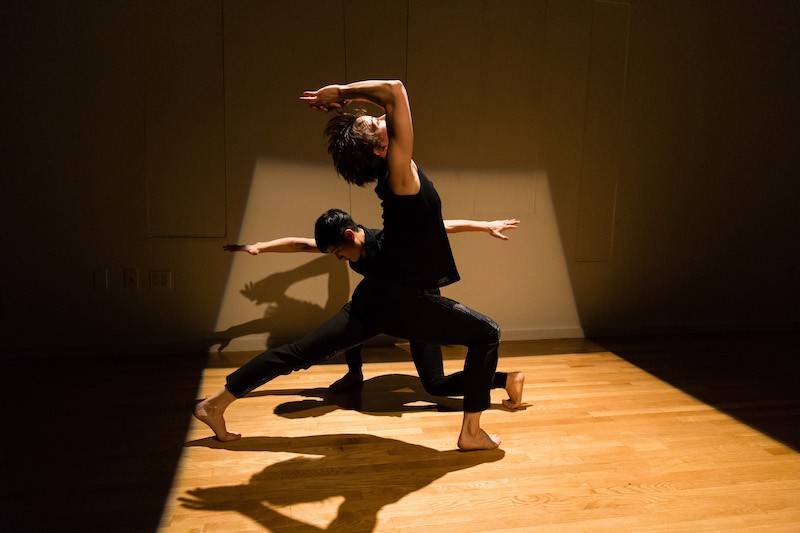 Like a dream sequence, the doors of Studio A reveal a sturdy security desk perched in a hazy metallic blue light. Landings (1992) begins with Nigel Campbell and Brandon Welch meandering into the studio. They suspend into quick bursts of energy while their limbs intertwine and unravel. Landings is seamlessly followed by Coming from Quiet (1998) performed by Natsuki Arai and Amy Miller, Time Remaining (2003) performed by Campbell and Alexeya Eyma-Manderson, and then back to Coming from Quiet performed by Devin Oshiro and Welch. Coming from Quiet marries tight confinement, emulated by slow army crawls and a solid square of white light on the floor, to tender embraces. Time Remaining is a physical tug-of-war of quick, aggressive, unyielding energy.

While the small audience of about 20 patrons shuffles to Studio B, a large projection above the metal staircase on the 2nd floor replays moments from the previous works like a residual hiccup. In each environment, vinyl letters on one wall lists the pieces set to transpire. This transforms the studios into purposefully designed containers, rather than simply a room where dance happens. During Thrown (2004), Campbell and Eyma-Manderson dart playfully around two white columns with cat and mouse bravado. Arai and Miller pick up Thrown with a different energy as they shift through a mist of orange light with vacant detachment. 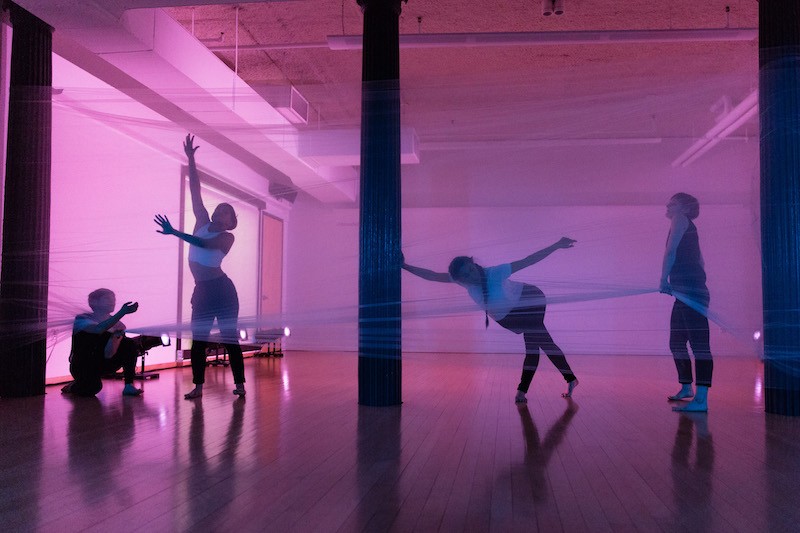 Onward, The Distance Between Us (2007) awaits in the Gallery. Campbell and Welch speak the same movement language, but insist on a different verbal conversation. A communication breakdown of sorts, they fight to be heard while failing to hear.

Next, unbounded (2005) in Studio D satisfies a growing desire for congruence that bubbles over during The Distance Between Us. Sheer peach fabric separates the audience from four women who seemingly exist in a world of ritual. They accumulate into couples and allow their forceful movement to ricochet off their delicate costumes. Gradually, they condense the space between them and us by sliding under the peach veil that is held taut between two columns. They invite us to take a closer look. We accept. 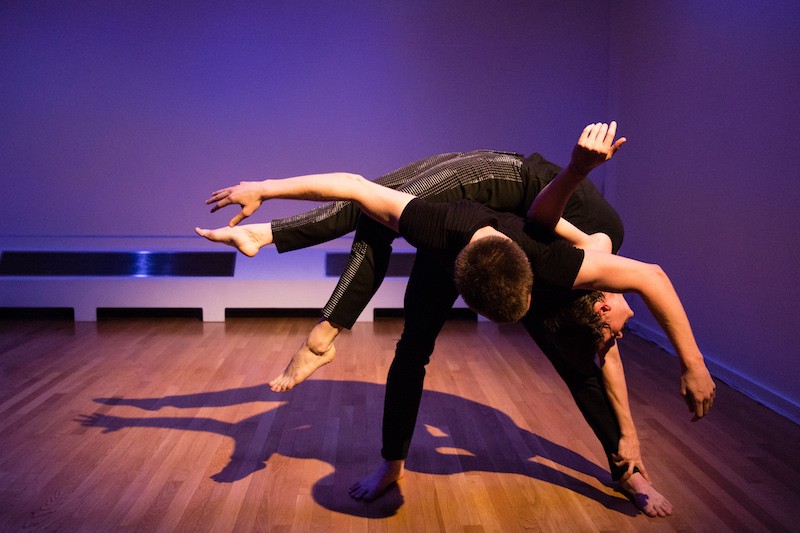 Dividing Line (2013) commences in the back hall lobby. Movers materialize from behind enclaves and secret orifices. Six dancers arrange into pairs and situate themselves vertically, one duo behind another. This formation accentuates the depth of the space. Their movement expands left to right, drawing the eye along the horizontal plane.

With a nod to Gibney’s next phase of choreographic exploration, the evening concludes with Folding In (Preview Excerpt, 2016). Miller and Welch tangle and oscillate between the boundaries of each other’s personal space with fastidious focus. This appetizer combines the same duet ingredients as before with a dash of promise.

Duet presents the nature and intimacy of coupled movement as expected, but 280 Broadway conjures new possibilities to experience these works from an architectural lens. Dance can exist within a building, but something marvelous happens when it becomes part of the building.