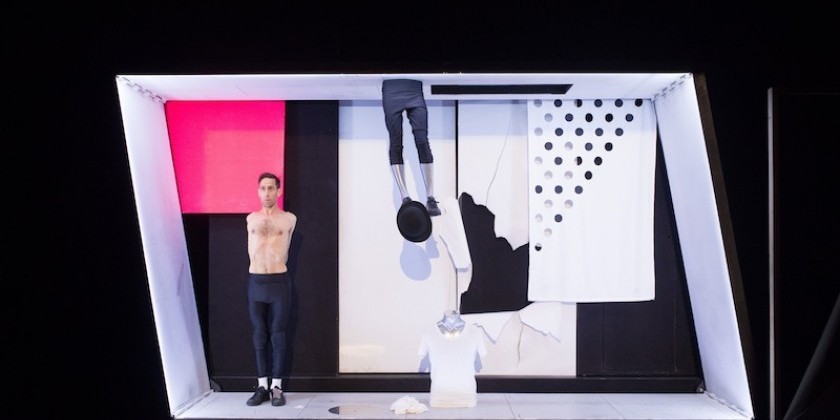 The Zany Antics of a Swiss Clown

In Hallo, Swiss physical theater artist Martin Zimmerman delivers an inventive romp that transports us from a ramshackle-looking shelter to a sleek futuristic abode. Throughout the work, environments duel and personas collide, and as we’re pulled further into Zimmermann’s wondrous world, the line between reality and fantasy becomes imperceptible.

While Hallo doesn’t contain dialogue or a linear story, witnessing Zimmerman interact with his transformative set is spellbinding. Wandering amidst plywood walls and boxes, we first find him as a clueless sap whose shoes let out irksome squeaks each time he takes a bouncy stride. As we finally adjust to the irritating noise, the artist escapes through a hidden door in the floor. Shortly after reemerging, his gaunt, angular frame mutates under a trench coat becoming a sniveling cigarette-smoking private eye, or perhaps a gangster? It doesn’t matter. By the time we come to a conclusion, he has already become someone else. Keeping pace with the chameleon-like Zimmerman is a challenge, but it’s also half the fun of the show. 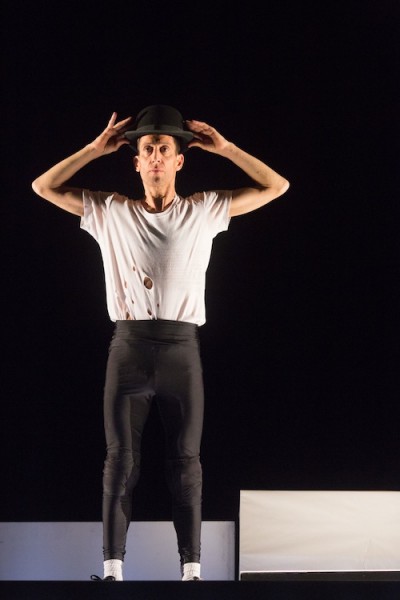 We recognize glimpses of Charlie Chaplin, Jerry Lewis and The Marx Brothers. Like his physical comedy predecessors, Zimmerman, an acclaimed clown and graduate of Centre National des Arts du Cirque in France, imbues each movement with precision and care. Even simple gestures, such as flipping a bowler hat to rest on his head or pushing oversized glasses up  the bridge of his nose, demonstrate impeccable comedic timing and seamless execution.

The most impressive shift occurs when the flimsy wood set gives way to a series of monochromatic rectangles, the largest being a shocking white parallelogram. It’s as if artist Donald Judd plopped his minimalist furniture onto the set of “2001: A Space Odyssey.”  Zimmerman, with free rein over his new home, runs on the massive set like an outlaw atop a speeding train, then playfully hangs upside down from its top edge like an opossum. 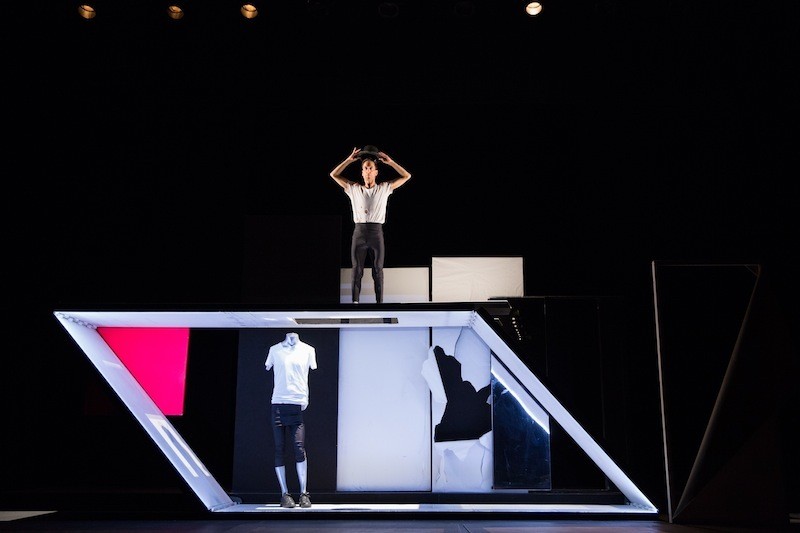 Zimmerman assumes more absurd identities: a sinister general, a frenetic drummer, even a furry, costumed monster that mauls people in the front row. The lunacy finally subsides as his precarious parallelogram collapses to the ground. Luckily, Zimmerman remains unscathed.

Hallo takes a sobering turn towards its end, rooting us back to reality and away from the performer’s zany antics. Retracing his steps within the remnants of fallen set pieces and rejected props, our clown searches for someway to prove that the last sixty minutes were more than a dream. Without actually saying it, his body poses the question, “Is anyone home?” Although we are with him, he doesn’t seem to notice. That is, until moments before the lights dim, Zimmerman sheepishly waves at us and a “hallo” escape his lips. The unpredictable clown strikes again.