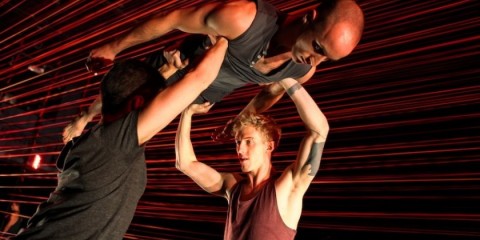 Conventional thinking holds that creativity springs from an absence of boundaries and limits. Yet friction and constraints, the very fact of having something to rub up against, can stoke the imagination, leading to innovation and invention.

In Run Don't Run, Brian Brooks and Philip Treviño construct actual boundaries with an installation at Brooklyn Academy of Music's Fishman Space. Slender cables, strung end to end like on a loom, bisect the performing space into tunnels. Clustered only a few inches apart at the top, these ropes spread further apart the closer they get to the floor. The four men and four women of Brian Brooks Moving Company — their bodies alert and sensitive — test and respond to these confines. They press on the cords as if hoping for escape while, in one witty nod to the obvious, the dancers “swim” in the lanes. The installation reacts to the performers’ motions, wavering hypnotically. 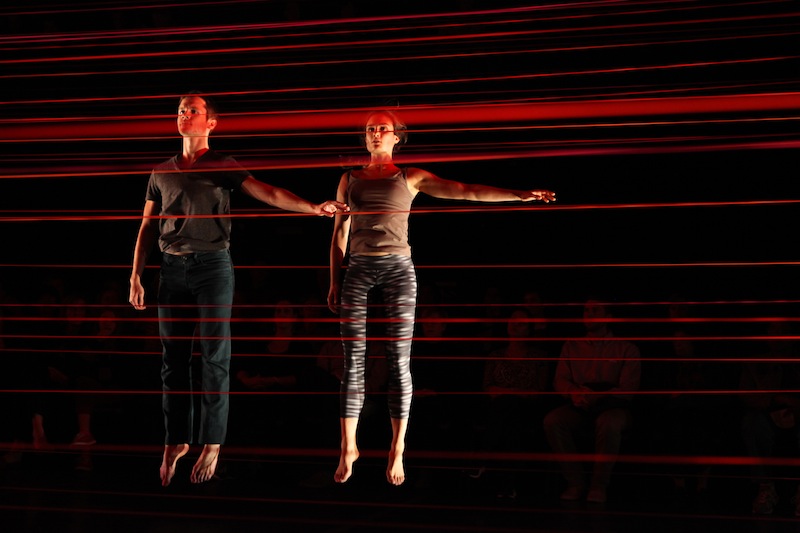 At the heart of Run Don't Run seems to be the question: How does the environment alter our perception of dancers' movement? Glowing under the lights in hues of red, violet, and gold, these ropes are much too thin to obscure the performers’ movements. They do, however, slice the body into cross sections, forcing us to fill in the blanks.

Brooks likes to take straightforward actions and nurture them, carefully adding and subtracting motions to assemble sophisticated phrases. He’s a builder interested in layering and evolution. An elementary pattern of exploding, two-legged hops, each rotating 180 degrees, transforms into sequences with raised arms, subtle timing changes, and sporadic revolutions. This theme and variations approach allows us to appreciate the possibilities of a single gesture. 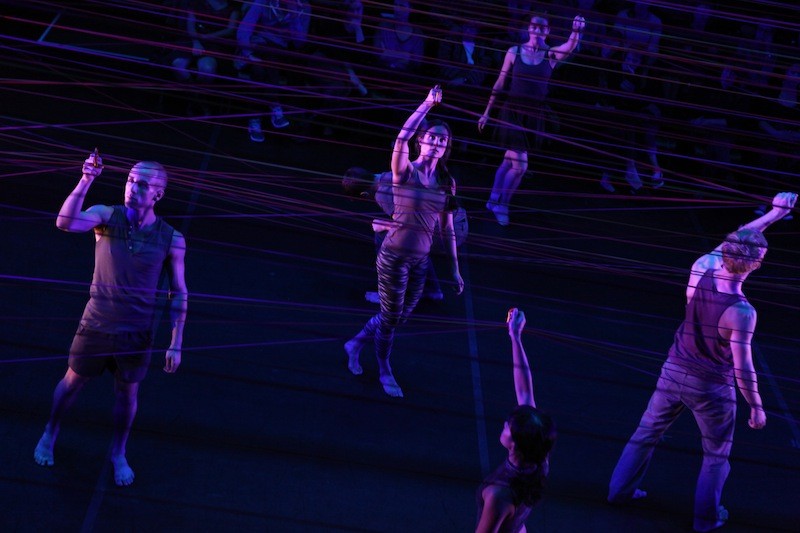 The installation mutates as the dancers clip the cables together, enlarging the performing space. The middle section, which opens with a roiling arm sequence, develops into a flurry of interchanging duets. Reminiscent of Fall Falls — the duet he created with Wendy Whelan — dancers touch each other’s joints (elbows, knees, wrists, and necks) to cause a swirling reaction of cause and effect. The octet becomes a hive of churning limbs and diving torsos.

Christopher Lancaster, a popular composer of electronic cello scores for dance, contributes the music. Urgent and insistent, it blares merrily along, displaying a hard-edged sensibility. Occasionally, this soundscape feels overlarge for the intimate space and too busy for the disciplined choreography.

Clocking in at just under an hour, the loosely palindromic Run Don't Run drags in the middle as the whirlwind of waving limbs becomes indistinguishable, yet when the end arrives — dancers walking face first into the unclamped cables — it feels too soon. We want to linger, appreciating Brooks’ minimalist approach to confronting literal and figurative borders. 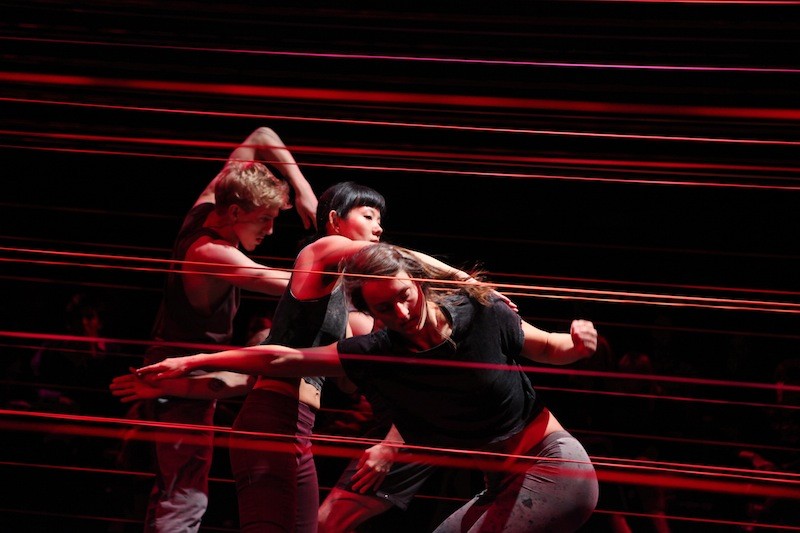 Impressions of: One Night of DANCENOW at Joe's Pub