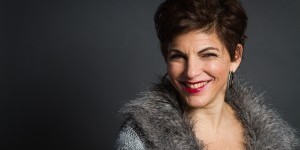 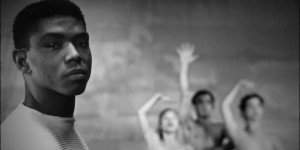 IMPRESSIONS: Dancing Across Borders - A Feature Documentary by Anne Bass

Dancing Across Borders is now playing in New York City at The Quad Cinema from March 26-April 1st see http://www.quadcinema.com/now-playing

When Sy (Sokvannara Sar) caught his first glimpse of ballet (on video) he wasn’t sure about it at all – those strange boys in tights on stage – was he supposed to do that? Ballet and the proscenium stage seemed poles apart from country life in Cambodia where he would play slingshots in the fields and perform the traditional dances with friends after school.  Here  however, was the opportunity of a lifetime, a chance to better his family’s situation offered by arts patron, balletomane, and the director of this film (her first), Anne Bass. She recognized Sy’s physical grace and natural charisma as a performer and felt that she had to do something about it (there is not much opportunity for male dancers in Cambodia.) Bass took the initiative to sponsor Sy’s studies of ballet and the English language in New York City.

When Peter Boal and Jock Soto, both former principal dancers with the New York City Ballet and ballet masters at The School of American Ballet, met Sy they knew he was an exceptional talent, already blessed with the gifts of a captivating performer. But those habits! His fingers had a distinctive placement perfect for Cambodian dance but totally inappropriate for ballet, and the French steps eluded him, plus he was unusually old for entrance into SAB (17 when boys usually start at 11). Still, they couldn’t discount his magnificent jump and his remarkable landing in a soft gentle plie (knee bend). Unfortunately that was not enough to get him accepted into SAB—at least not at first. Bass convinced Peter Martins to allow Sy a second try after a period of intense coaching – a bootcamp in ballet with Olga Kostritzky, ballet mistress extraordinaire at SAB.

Dancing Across Borders describes Sy‘s humorous, sometimes frustrating, yet ultimately triumphant journey from Cambodia to the United States. We follow along as he moves from traditional folk dance to the School of American Ballet and onto dancing professionally with the Pacific Northwest Ballet. We see him walking bewildered into a new world and follow as he gets to a place where he finally can understand the white kids’ jokes. We are proud to witness his becoming an inspiration to young children in his country, and we chuckle as we see magnificent footage of him dancing solo in a special performance in Cambodia while in the background his father admits that, though proud of his son, he wishes that Sy would become a doctor, an engineer or involved in politics.

There is much beauty and humor in the recounting of Sy’s experiences. The traditional dance of Cambodia with its sacred roots is celebrated as well. Both forms hold special reverence for study, schools, teachers and tradition.

Of particular note in this film is Sy’s relationship to his teacher and coach, Kostritzky, whose rigor, dogged patience and  melodious rich Russian accent guides her somewhat rebellious teen charge into a new world.

By the end of the film, every one involved, including the audience, is richer from
having been brought together.
FOOTNOTES

Dancing Across Borders is now playing in New York City at The Quad Cinema from March 26-April 1st see http://www.quadcinema.com/now-playing/