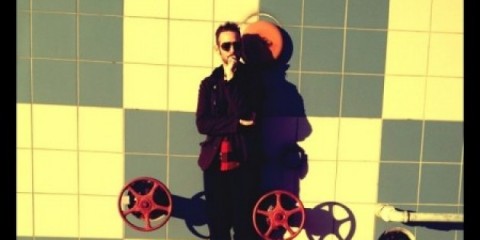 Exploring The Edge of Visual and Performance Art

What does Jason Akira Somma’s installation Phosphene Variations now on exhibit at Soho’s Location One have in common with Snoop Dogg’s performance with Tupac this last April in Coachella? Both are take-offs of Pepper’s Ghost, a centuries old illusion popularized by John Henry Pepper in 1862 in which an image is bounced off the floor onto an invisible screen.

Beyond that, the similarity ends. The music producer Dr. Dre sprinkled his gold dust on the California digital effects company Digital Domain to make possible Snoop Dogg’s appearance with the prolific rapper who was killed in 1995. The acclaimed event added little to an old trick other than context, where as Jason Akira Somma created a new chapter for dance presentation and preservation. Supported in part by the Rolex Mentor and Protégé Arts Initiative, the liquid wall, a horizontal flow of mist in which images can dance, is, as Le Figaro wrote, “a true revolution…stupefying poetry, humanity and invention.”

When he was ten, Somma saw a floating head, engineered with the method behind Pepper’s Ghost, in a “haunted house.” Little did he know that encounter would determine the direction of his artistic life. He re-created the effect while a dance student at Virginia Commonwealth University, which has a fertile dance film program led by Martha Curtis. After much back and forthing between dance and visual arts, Somma realized dance is a visual art. His approach gelled; his career zoomed, winning him accolades in both the US and Europe and the coveted Rolex Mentorship with Dutch choreographer Jiri Kylian.

Somma has the instincts of a magician inclined to play with dual realities as well as those of an engineer who solves problems. He used 5 infra-red cameras for his multi-media show commissioned by Lyon Opera Ballet. Dance legends Mikhail Baryshnikov, Carmen DeLavallade, Robert Wilson, Bill Shannon, and Jiri Kylian, among others, appear in the liquid walls, moving in a space no wider than the wing span of your arms.

Imagine the chance to prepare your own ghost. Who can resist that? Sporting a waxed moustache, Somma set up with “Phosphene Variations,” a vertical playground in which the viewer can reach out to touch the ghost, who vanishes, only to be immediately replaced by another.

Check out the Great Schedule of Artists in the ...Phosophene lineup

*Deirdre Towers, editor/writer for Dance on Camera Journal from 1983-2010 and producer of Dance on Camera Festival 1994-2012,
is working on two dance films and one short documentary relating to mid-century modern architecture.