Impressions of: "Daisy Chain" Curated by Christopher Williams for Fridays at Noon at the 92nd St. Y 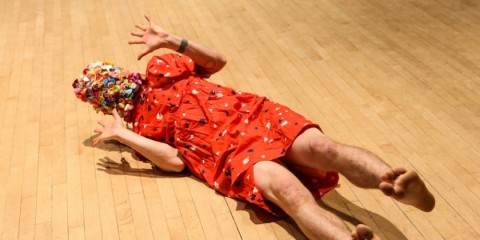 Presented by The Harkness Dance Center at 92nd St Y

A piece choreographed on a group inherently investigates the relationship  — or lack of one — between the performers. Solos, however, are more complicated. Where does the relationship exist, if not to another person onstage? To the music? To the audience? To an imaginary companion?

Christopher Williams, Harkness Dance Center’s 2015-2016 Artist in Residence, curates an afternoon of solos that displays the spectrum of relationships that can be conveyed in a solo.

The title Daisy Chain reflects the concept. Williams selected three choreographers to choreograph a solo on a dancer of their choosing, and then the dancer in turn did the same, picking another dancer and choreographing on him or her. The concept doesn't materialize quite as Williams had imaged, as several of the dancers, called “enfant terribles” by Williams, don't follow the rules exactly, choosing to create solos on themselves. But it doesn't really matter to the audience. The show still functions as an eclectic assortment of solo works by six emerging choreographers, with no intentional common theme between the works. 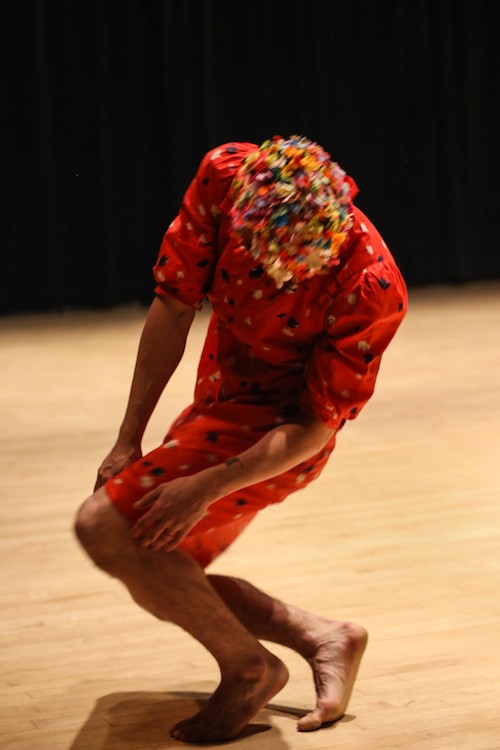 Raja Feather Kelly’s Bottomless Pathos is like a surrealist painting — bizarre, yet satisfying. Dancer Bryan Strimpel wears a colorful dress, reminiscent of a 1970s housewife. A helmet of flowers covers his entire face. He seemingly interacts with an imaginary demon, becoming increasingly tormented and transforming into various creatures. He could be anything: an antelope, a snake, a dog with his head buried in the ground. Strimpel’s broad movement is juxtaposed with small, obsessive gestures, like a repetitive rolling of his forearms that looks like knitting. Although faceless, he enchants with the complex nuance of his physicality.

John Hoobyar’s He Only Moves When You Produce Sound, perhaps the most provocative work, explores a relationship between performer and audience by challenging the preconceived notion of what a piece of dance should be. The game is laid out in the title, but it takes a while for us to catch on. We rub up against our own ambivalence about participating — eventually there is some meek foot tapping and program crinkling amongst the crowd. The lights are off for the piece’s entirety, and we squint to see performer Russell Janzen’s technically immaculate balletic performance. Hoodbyar seems to be asking does virtuosity require visibility? 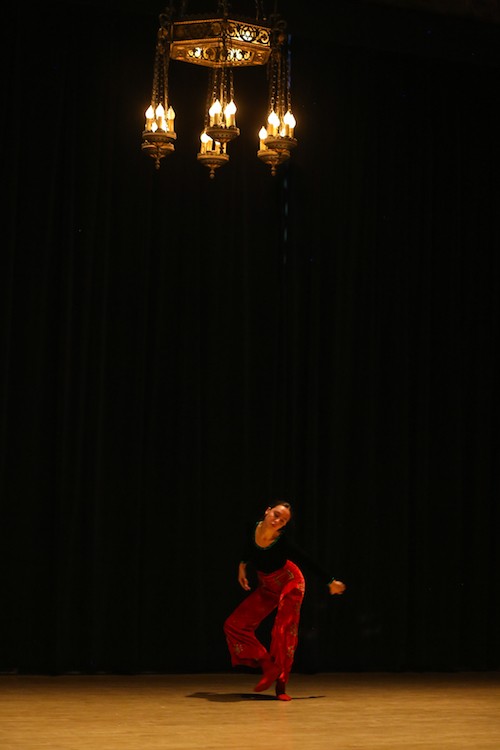 Elle Erdman’s meditative Braid, a self-choreographed solo, investigates a relationship with the music, a rhythmic, mathematical piece by Kevin Tong. Erdman, clad in red velvet pants, is all Zen. She explores tension and release as clean lines diverge into more sensuous, flirtatious movement that reflects the music’s driving rhythm.

Choreographer and performer Christina Elmo works to dissociate symbol from meaning in her Resist Me. Like Kelly's piece, it nudges on surrealism, particularly when she disappears for about three minutes and returns clad in a black ballgown and realistic bear mask. Her movement is dainty and balletic with prettily pointed tendus and dégagés. Unlike most ballet pieces, this work is not presentational. In fact, at one point, she pulls her dress over her head as her feet continue to move. 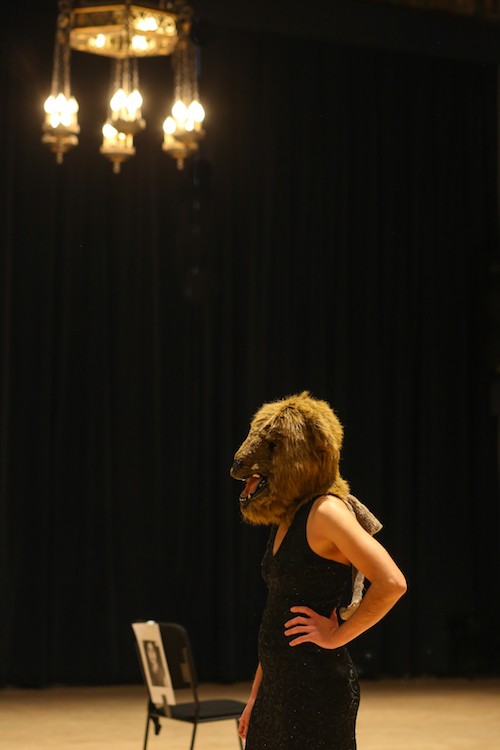 Choreographers Shaina Branfman and Bryan Strimpel, co-artistic directors of B.S. Movement, create solos for one another to the music of Pink Floyd.

In Strimpel's Exp., Branfman deviates between affected and unaffected. Sporting a stocking cap with long braids, she faces the audience like a shy teenager, hands folded across her body. Her limbs like slippery spaghetti, she surrenders to the waves of “Echoes,” the music engulfing her as she melts into the floor. Then, self-consciously, she steps back, stares at us, and then adjusts her hair.

For Velvo, Branfman costumes Strimpel in black shorts and a tank top. Pedestrian sounds — a baby crying, cars honking — blend with lyrics by Pink Floyd. The most astonishing moment of the piece is a sequence of backwards falls, in which Strimpel twists to the ground and then effortlessly recovers, as though completely unaffected by gravity. Strimpel's dancing, in both Kelly and Branfman’s work, steals the show.

Daisy Chain surrenders Williams' control of the curation, as he doesn’t even know three of the six choreographers. In fact, several of the choreographers have never seen one another’s work. Although no intentional theme is explored, the pattern-seeking human in us still find relationships among the works, making Daisy Chain satisfying and cohesive.