Impressions of Kelly Bartnik’s Pilot Episode of "Here" in Previews 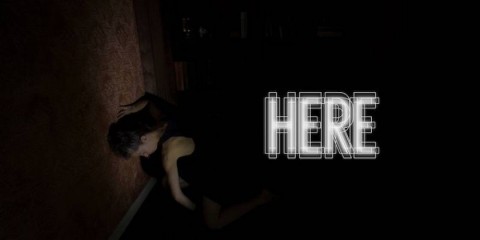 Conceived and Directed by Kelly Bartnik

Previews of Here continue through February 26. For tickets and details go to https://www.hereny.com

Kelly Bartnik's Here is the latest to enter the immersive dance theater canon. Unlike Sleep No More or Then She Fell, Here is episodic with new installments released over time. Forget your latest Netflix obsession; Here will satisfy your fix with scintillating characters, an enigmatic storyline, and a finger (at least) of whiskey to boot.

Here follows two siblings, Vivian and Jack Riley, and their neighbors, Daniel and DeeDee, as they reconnect during the Riley's father’s wake. The work takes the premium cable family drama trope and gleefully smashes it on its head. Visceral and unpredictable, no two viewings are alike.

As a performer with the original cast of Sleep No More, Bartnik was fascinated by performing in a 360-degree space that was tactile for both the performers and audience members. Many viewers returned again and again because, as she says, “They got lost in what they were seeing.” This prompted Bartnik to create an episodic format so, “We can see something that unfolds over time and can grow with the characters.”

At Here’s outset, I and four audience members (our size purposefully intimate) meet outside The Mist, an interactive space created by design studio Wildrence. A man resembling Matt Dillon fumbles with a set of keys and lets us in as he apologizes for his lateness. He’s performer Jeff Lyon playing Daniel. As we cross through the doorway, we leave the Lower East Side and enter the Riley’s suburban home. 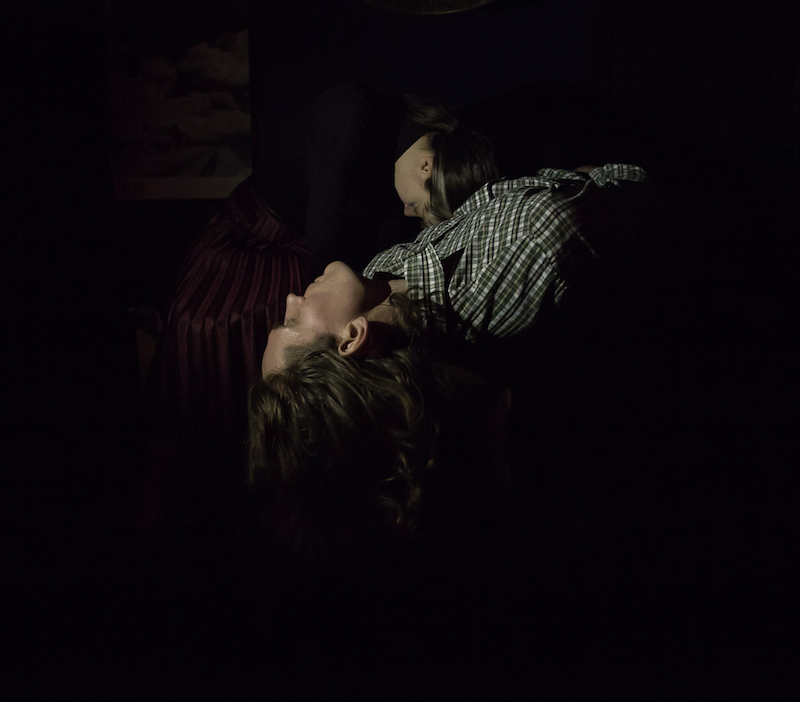 In a retro kitchen, DeeDee (Donna Costello) and Jack (Zach Martens) stand among Coupe glasses, packs of Marlboros, and a platter of cookies that decorate the space. An old radio flits in and out of tunes and static. They engage in a wild duet, colliding and ricocheting off the tiny kitchen’s tin ceiling. China rattles. It’s an awesome sight — one rivaling the iconic fights that Tony and Carmela had in The Sopranos. These characters make you duck and flinch.

It seems a cataclysmic event drove this once tight-knit group apart, but we’re never given the full story. Jack recounts a volatile fight with his father years ago as he leads me alone through a door in a wardrobe. Characters reveal shards of memories, like Jack's, in private exchanges. Four versions of the truth float throughout the space — similar to the multi-perspective storytelling in Showtime’s The Affair.

Everyone ultimately reconvenes in a dim room filled with skinny birch trees where performers frantically intertwine and sideswipe one another, ending abruptly with a cliffhanger. Will they move beyond their messy past?

Spilling out into the New York night bewildered, we talk breathlessly about our own encounters, hoping one another can fill in the details that we missed. Despite our detective skills, there are questions that go unanswered only to be known by those inside.

The Dance Enthusiast Shares Impressions and Creates Conversations
For more on Impressions, click here.
Share your #AudienceReview of this show or others for a chance to win a $75 giftcard to Trader Joe's.