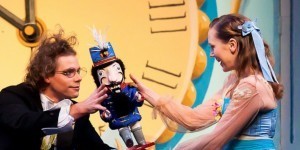 Choreographed and performed by Sherwood Chen and Yuko Kaseki

Studio Le Regard du Cygne presented two back-to-back duets on the closing night of their Festival Signes d’Automne. One was thoroughly repellent and the other utterly enticing. The shared trait of both dances was their very strangeness.

Sisters, choreographed and performed by Roser Montllo Guberna and Elsa Wolliaston, reveals an intriguing conversation between two disparate bodies in search of an accord. Dark and light, large and small, with refined articulation and constrained mobility, two women enter the space hand-in-hand, face-to-face. We witness their slow evolution in learning how to walk together.

The bodies undergo an intimate exchange of coaxing and compromise. As Wolliaston captures Guberna’s foot, stopping her upside-down in her tracks, or as Guberna synchs with Wolliaston’s subtle swaying, we can almost hear their bodies speaking. "Now hold on there! Come. Come play!” or “No, I’ll just sit down over here, thank you very much.” Never does a question of abandonment, rejection, or even frustration arise. We join in their endless patience as they face the quandary of co-existence, waiting for something to change or evolve.

And it does! The music, composed by Hugues Laniesse, and the performers’ movement merge with a glorious interplay of rhythms. While feet and fingers flutter like thoughts, and elbows and ankles anchor and thrust, the life of Guberna’s character spreads out in a smooth and endless spiral through space like thick, soft butter. Wolliaston, in her chair, becomes a magnet that orients, a home to return to.

The musical choice of a Beethoven concerto tacked on at the end is unfortunate. It overpowers the work’s raw, and honest simplicity, lending a saccharine sweetness that has no place there. Still, as the couple walks away from us, hand-in-hand, side-by-side, their eyes on the upstage horizon, we are satisfied that they have found a path they can take together, as equals.

The evening’s opening work,  Monster Mechanism, choreographed and performed by Sherwood Chen and Yuko Kaseki, is also based on simple variations of walking, crawling, rolling, and standing. Rather than drawing us in, the artists intend to repulse. Allusions to postures of sexual coupling pepper the piece, which ends with the performers advancing on us upside down and backwards, crotch and anus first.

The only effective section is what I call the “kiss and smoosh" bit. Here the performer’s mouths target each other like missiles. They connect momentarily only to slide fiercely off-track, leaving trails of lipstick all over each other’s faces. Performing with single-minded attention, the duo veers directly toward the absurd.

Perhaps the intention of the choreographers was to evoke a nightmare of machine-like sexual relations. But the piece was sloppy — performed mostly without focus, commitment, or clarity. When a performer aggressively shoves their ass in your face, it had better be clear — at least by the end — why. If not, the gesture remains simply grotesque. 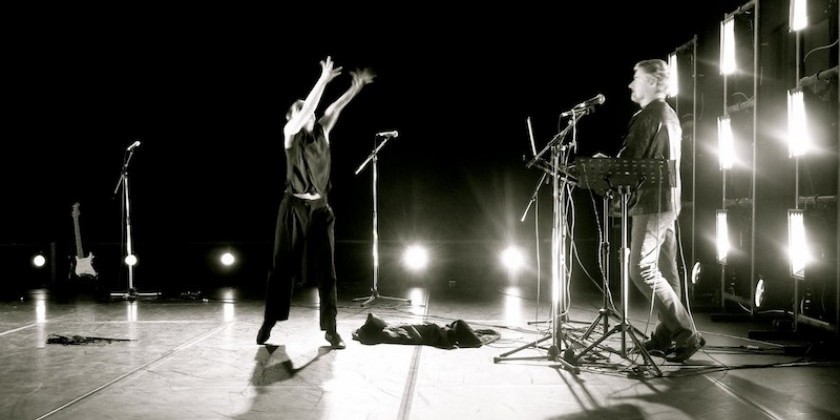