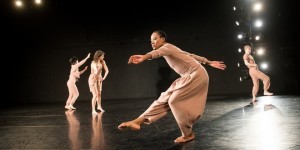 Impressions of Neil Greenberg’s “This” 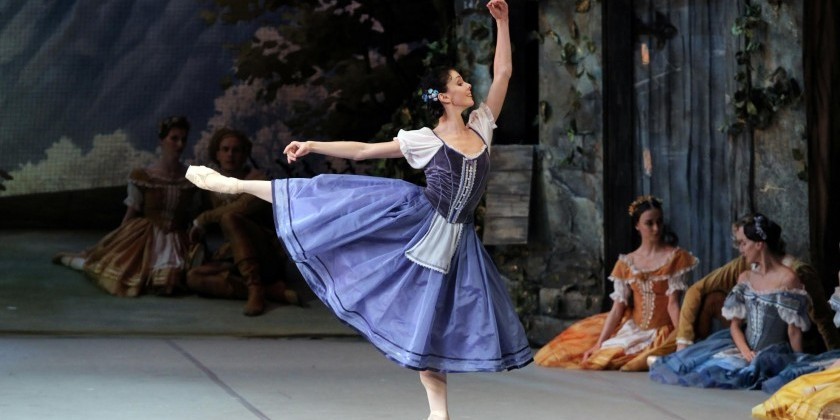 When a foreign ballet company comes to New York City, the repertoire presented is always called into question. Many New York critics want to see Balanchine pieces, because that is what they know; it’s the basis on which they feel comfortable comparing a visiting ensemble with our homegrown troupes. Can you believe some eminent New York writers criticized the Paris Opera Ballet in 2012 for bringing French repertoire? The more recent visit of Moscow’s Bolshoi Ballet this past summer brought some warhorses, among them the welcome inclusion of Yury Grigorovich’s Spartacus, a work we do not get to see in America and one best handled by the Russians. I was amazed by that work’s scope, grandeur, heroism, and some of its images continue to haunt me. The tale of the slave uprising is welcome fodder for the idealistic storytelling of the warped Soviet ballet propaganda. When done well, even I am guilty of a bit of nostalgia for repression, Gulag camps, and massacres in this nowadays clean and utterly democratic post-Soviet Russia under despot Putin. Would I want to see an American group attempt Spartacus? The answer is NO, but I hope to see it again should I visit Moscow or if that iconic Russian company visits again.

The two-week engagement at Lincoln Center of the Mikhailovsky Ballet from St. Petersburg brought another Russian chestnut, The Flames of Paris, which was reportedly (in its original version) brutal dictator Stalin’s favorite ballet. Here too, revolution is the theme. The Spartacus of this story is Philippe (a Marseillais), and he struts through the process of achieving liberté with panache and a healthy dose of irony. This story is slight, and the first couple of acts seem like a silent movie. Peasants gather wood and soldiers punish peasants, while in the palace, gorgeous costumes parade in front of sumptuous backdrops. Worst of all, in entr’actes, cheesy projections disgrace the screen. Isn’t it enough to listen to music anymore?

I will spare you the story of the French Revolution, but the convolutions of this staging include allegoric dances of freedom, equality, fraternity as well as Marie Antoinette. The stage is packed, and it turns out to be a whole lot of fun.  Ivan Vasiliev as Philippe looks heavier than when he last appeared with American Ballet Theatre, and he pushes and forces his way through the heroic role to great effect. He displays an arrogance that deserves admiration. Ivan Zaytsev in the next day’s matinee performance gives the role more respect and initiates a more earnest revolution. Oksana Bondareva (evening) and Angelina Vorontsova (matinee) heat up the proceedings with hot-blooded dancing as Jeanne, the revolutionary love interest. For what would a revolution be without love? Premiered in July 2013 with Vasily Vaynonen’s choreography from 1932, revised and staged by ballet-master-in-chief Mikhail Messerer, Flames of Paris is a guilty pleasure, wholly anachronistic and absolutely unnecessary. Leonid Sarafanov and Victor Lebedev shine in the supporting role of Antoine Mistral (an actor).

Sarafanov and Lebedev are also featured as anti-hero Albrecht in Giselle. The late great Nikita Dolgushin, himself a long-time star with the Mikhailovsky Ballet (after falling from grace under the Kirov’s director Konstantin Sergeyev) staged a traditional and sophisticated production that could have used a couple of additional technical rehearsals on the Lincoln Center stage to allow the company and effects to shine the way they should.  I am flummoxed that Dolgushin has Bathilde (here named the Count’s fiancée) hidden in the house during the peasant pas de deux, but the rest of the story flows nicely. The choreography for the villagers breaks up the frontal focus on various occasions and lets the celebrants enjoy their community. Sarafanov sports a pixie haircut reminiscent of a young Leslie Caron. It takes me a while to take him seriously, but his dancing is flawless with clean batterie (beats of the legs) and noble deportment.

The problem is his ‘Giselle,’ danced by Natalia Osipova, does not see past his hair. A treat to watch, Osipova can turn and jump, and she is engaging at every moment. She acts as if she improvises each minute, yet her technique is breathtakingly secure. I have no plausible explanation why the two are mismatched. There is no spark, yet I love watching them individually. They do keep trying to convince me they have something going on, but they cannot wholly win me over. Osipova’s passages are some of the best dancing I have seen. Nothing seems calculated, but the slow tempi must be.

Osipova shows how wonderful she is. There is an additional musical phrase at the end of her second act entrance in a production with surprises like this. I enjoy Osipova’s investigation of a random moment, her curiosity, more than any of the recent stars I have seen. The much-praised Cojocaru, who constantly ruffles her skirt for seemingly spontaneous effect, could learn a lesson from Osipova. It is not precisely a lesson we get from Osipova; it is freedom. Is this where Sarafanov fails? Is he too studied? I would have to watch them again to make that judgment. I am just left bewildered that the union of two spectacular dancers does not move me. In my recent review of ABT’s Giselle I advised Albrecht against a series of entrechat-six before he collapses in the second act. I stand by my recommendation, but Sarafanov does perform the step with the spiritual purity required. Both artists have my admiration.

In the Wednesday matinee, the pairing of Anastasia Soboleva and Victor Lebedev enchants the audience and me. Soboleva is a very fine dancer, but the winning ingredient is that the two genuinely care about each other and have the same spontaneous approach. They are not afraid to show they rely on one another. Lebedev gave his heart and a crystalline brilliance in the entrechat-six as if he wanted me to eat my hat.