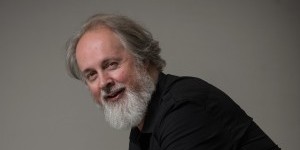 The Elements of Style

What do a hundredth birthday, a lauded stylebook, and the four seasons have in common? The answer is New York Theatre Ballet’s Rep program at Danspace. While not everything is for everyone, something is for someone. The footwear — or lack thereof — indicates just that: bare feet, high heels, and pointe shoes.

The intermission-less evening by this undersung company under the artistic direction of Diana Byer features three pieces and two musical interludes. The latter allows for costume changes but also flaunts the chops of Music Director and pianist Michael Scales. He plays Duke Ellington’s "Pitter Patter Panther, Take 1" (with bassist Ron Wasserman who did the transcription) and Henry Cowell’s "The Snows of Fujiyama."

Modern dance legend Merce Cunningham’s 100th birthday doesn’t occur until April 16, but celebrations are already in full swing. NYTB adds a candle to the cake with Scramble (1967), a vibrant repertory addition suggested by the recently deceased Cunningham archivist, David Vaughan. Looking a little like crayons in colorful, skin-tight getups, the cast of eight displays strong but not flashy technique, which enables you to truly see the choreography.

Scramble is vintage Cunningham: controlled, measured, yet never dull. Among a set of wheeled bunting, the performers tip their spines from side to side, and they elevate their legs in attitudes and arabesques. Mónica Lima destablizes the stateliness by quivering her limbs as if they’ve been electrocuted. During a duet, one dancer carries another piggyback. Near the finale (for this iteration anyway, the eighteen episodes can be ordered or omitted any which way), the octet runs, jumps, and reposes on the floor. The prone body acts as an obstacle for the next person to leapfrog over and then replace. In Cunningham’s compositions, the sophisticated geometry of the human body has a funny bone.

In addition to his new knighthood, Richard Alston has been designated as Resident Choreographer for NYTB for the next two seasons. If only The Seasons made me more excited about this collaboration. Set to a sparse, grumbling score by John Cage played by Scales, the work uses a structure evocative of George Balanchine’s The Four Temperaments and Frederick Ashton’s Symphonic Variations. Seven vignettes are divided among four seasons (naturally) and three preludes. Regardless of the paradigmatic structure, the piece’s impact is faint and wispy.

Alston fashions a classical base of pirouettes en dehors and wide-legged sissonnes. Dainty flourishes sit atop this foundation with fingertips grazing the shoulders and cheeks tilting demurely as if seeking a kiss. It often looks like pretty classroom exercises.

The Seasons real failing, though, resides in its trite imagining of the seasons. Forget hygge, SAD (seasonal affective disorder), and the sweat and clamor of summer in the city. Winter is a blizzard of pointy leaps for Joshua Andino-Nieto while summer is a languid pas de deux for Alexis Branagan and Erez Milatin. The weather is very predictable indeed.

Writers (including this one) treasure William Strunk Jr. and E.B. White’s The Elements of Style. Concise and elegant in its commands, the slender tome encourages the same in constructing prose. A stylebook, at first glance, may seem an unlikely inspiration for a dance work. Yet, as choreographer Matthew Nash writes in the program notes, the advice compares to that offered to nascent dancers, such as clarity, courage, and craftsmanship, among others.

First performed in 1981, the work unfolds like a musical theatre revue. A man-about-town (Sean Stewart), a glittering princess (Dawn Gierling Milatin), a glamour puss (Amanda Treiber — my MVP for the evening for her all-around excellence), and a tuxedoed gentleman (Dirk Lumbard) show and tell the seven rules to good writing.

Lumbard strolls around, reciting these rules to comedic effect. The others shuffle their feet in soft-shoe, pose like catalog models, and sweep through lyrical reversés and développés. Their play becomes a literal play-on-words when, for Rule 6: Omit Needless Words, the performers stop and stare at us knowingly.

Landing on the right side of adorable, The Elements of Style exists fully in the active voice. Strunk and White would approve.