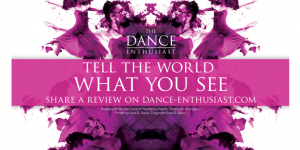 Dance Enthusiast Review-Impressions of: The FLEX Program's "FLEX-Hyperborealis" at The Beat Festival 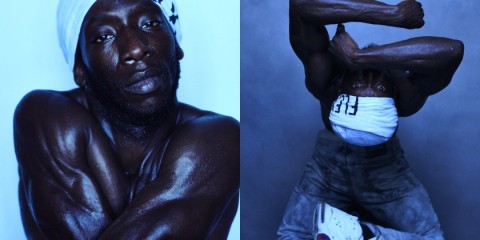 Myth and The Beat

As part of the Fifth Annual BEAT Festival, flex dancers from The FLEX Program break through the epic journey of Greek God Apollo with FLEX-Hyperborealis. Flexing is a dance style born in the streets of Brooklyn. Similar to break dancing, flexing includes gliding, waving, tutting, and the occasional hat trick. The form amplifies showmanship and skill. It is often paired with dancehall and reggae music, but FLEX-Hyperborealis is accompanied by Symphony Orchestra Composer Kenneth Sivertsen, which adds an element of intoxicating intrigue — like Apollo, a curious object traveling through a foreign landscape.

The BEAT Festival curates the work of emerging artists in “majestic and unusual spaces” in Brooklyn. Instead of presenting all artists under one roof, Artistic Director Stephen Shelley invites four guest curators to host events throughout the borough. Dance curators Ximena Garnica and Shige Moriya team up with The FLEX Program to bring this electric street dance style into a traditional performance space — the Kumble Theater in Downtown Brooklyn.

FLEX-Hyperborealis composes a compelling non-linear narrative of Apollo’s journey through solo and group sequences. Each moving tableaux is its own self-contained artist-interpreted scene inspired by elements of Apollo’s journey. Each scene could easily unfold on the streets of Brooklyn, yet looks at home outside of its natural habitat, conjuring feelings of romantic displacement.

Throughout the evening, eight men and one woman emerge in front of images of snow-capped mountains, time-lapsed sunsets, and staircases occupied by masked men. Scene one is a solo, followed by a trio, a duet, and so on. Energy ripples through tense muscles, popping joints into place and then gliding seamlessly to the next place. They mime wandering travelers and puppets with loose strings; they embody the wind with noodle arms; they rotate twisted arms behind their heads while buckling their knees.

The show was not flawless, but despite misbehaving projection technology, audible offstage chatter, and poorly framed video footage, what The FLEX Program offers offstage manifests with clarity onstage. This program provides sustainable dance programming to young people who are sifting through difficult situations. It encourages healthy conflict resolution, social consciousness, and positive self-esteem through workshops and performance opportunities. These journeys seemingly parallel Apollo’s tumultuous expedition beyond the Northern Winds, searching for wisdom and truth. Illustrated renderings of each dancer displayed in a video during the show also add an element of legendary timelessness.

Following the conclusion of FLEX-Hyperborealis, the music cranks up, and the post-show festivities highlight individual talent, peer support, and community cohesion by showcasing the inspiration of collaboration. Dancers encourage each other, try on new moves, and pass along the residue of one idea to the next person with youthful confidence and kinetic wisdom. The post-show display suggests that the theater performance only contained the energy of flexing rather than releasing it; it did, however, spotlight the vibrancy of the dance form and how it could exist outside — and for a brief moment, inside — the theater.

See flex dancing for yourself! Watch the FLEX-Hyperborealis trailer.

Learn more about The FLEX Program and FLEX-Hyperborealis.