Dance Up Close To "WOW"

Impressions of "Under Exposed" at Dixon Place 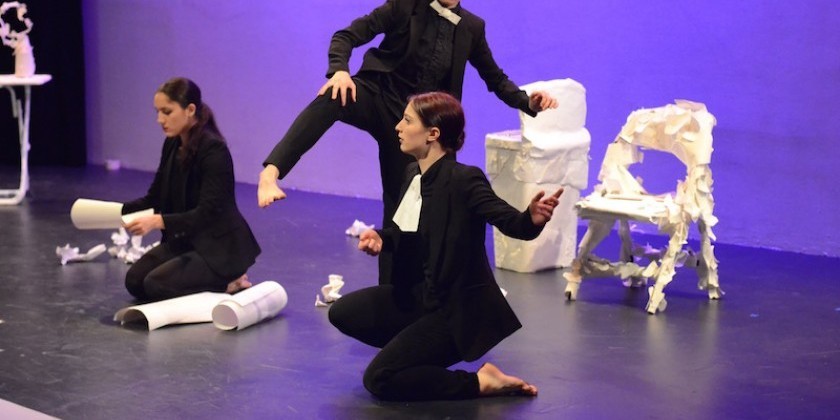 Dixon Place's Under Exposed series serves as a laboratory for emerging choreographers who are “refining/defining” their distinctive styles. The result is a showcase that spans a wide range of confidence and competence — and often offers up welcome surprises.

Carly Czach's Stardust, one such surprise, provides a platform for dancer Rebeca Medina's vivid stage presence. This quiet solo brings to mind the Greek myth of Demeter, walking the earth in mourning until her daughter Persephone returns from the underworld to trigger springtime. At times, Medina looks like a spring breeze, spinning and dropping petals that float through the air to trace the arc of her movement.

Medina’s tentative physicality — which benefits the quieter sections of this piece — causes her to hold back from the choreography during phrases requiring more attack. The music, a collage of electronic pop and drone, occasionally cuts awkwardly between songs. But she and Czach deserve praise for trusting that simple choreography isn't a cop out — it's refreshing. 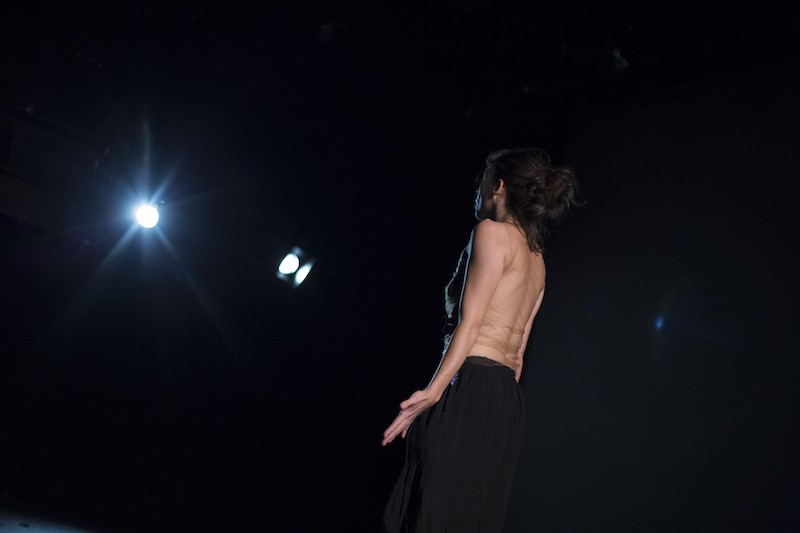 O From the Future, an AnA collaboration, focuses on world-building, characterization and physical humor to bring to life a science fiction short story written by T.A. Stanley and read aloud by Annie-Sage Whitehurst. Other performers include Audrey Stanley, Alex Jenkins and Lizzy Zevallos, who play devious, occasionally maniacal, denizens of a room full of paper furniture. Set designers Pedro Gomes and Haley Moore used thick white paper to construct a chair, dustbin and table. The dancers are adorned with paper bowties. During the opening of the piece, Jenkins and Stanley rearrange the paper objects while Zevallos methodically cuts out squares from a huge sheet of paper, unrolled across the downstage length of the stage.

Stanley, Jenkins and Zevallos have developed a highly effective Chaplin-esque movement vocabulary to accompany their antics (stealing objects from each other; making one dancer serve as a chair for another), which seamlessly integrates with their technical virtuosity. While the dancers excel at improvisation, gestures that exactly match the text often rely too heavily on the literal.

In one of the strongest sections, a metronome insistently cuts into the musical soundtrack and eventually takes over. The three dancers engage in a push-me-pull-you trio of small movements, performed to the beat: A spine slumps here, a hand drops there. It's mesmerizing. O From the Future stands out because, in a dance theater field littered with work that forgoes the dancing, AnA focuses on choreography in equal measure to theatricality.

Nubian Nene's solo, titled STANCE, contemplates the intersectionality of Black womanhood. It functions in three distinct sections. During the first, Nene addresses her reflection in a full-length mirror. In the second, she uses grounded floorwork to show labor and effort. The third section features Nene standing on a chair, waacking — a form of hip-hop dance that mainly uses static poses and movements of the arms and hands to communicate poise and confidence.

The relationship between each section is unclear. Nene's opening prose poem drags and she relies too heavily on the significance of her recorded soundtrack (a Maya Angelou poem and Sojourner Truth's “Ain't I a Woman” speech) instead of providing the audience with her own views.

Nene hits her stride in the third section, donning a gold coat and headscarf and standing on a chair while spinning her arms to frame her face. Her waacking embodies imperious, unapologetic glamor, finally offering her own take on what the stance of a Black woman can be.

In Oleander, the sloppy and confusing final piece of the evening, choreographer Lauren Beirne attempts to take the audience on a journey through the gothic romance of girlhood. Unfortunately, she tries to achieve her goal through a bombardment of rapidly changing images and symbols, never taking the time to build trust and believability with the audience.

The disturbing, yet intriguing, opening image of dancers stumbling onstage to drop paper flowers from their mouths shows promise. But it's nearly impossible to focus beyond the first few minutes. Oleander needs clarification and streamlining.