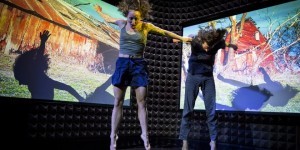 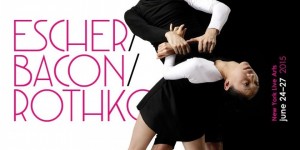 Published on November 19, 2021
ZviDance's "The Art of Fugue"; Photo by Steven Pisano

Choreography: Zvi Gotheiner in collaboration with the dancers

Music: Excerpted from J. S. Bach’s "The Art Of Fugue" with Original score by Scott Killian

What would Bach think of the myriad ways that choreographers have used his compositions throughout the centuries? For as creatively stimulating as we find his music, he might feel otherwise about our interpretations. After all, he’s missed everything from the great story ballets of the 19th century to post-modern walking dances, not to mention the invention of photography, cinematography, and electronica.

Caitlin Javech and Doron Perk in ZviDance's The Art of Fugue; Photo by Steven Pisano

During ZviDance’s premiere of The Art of Fugue at New York Live Arts with choreography by Zvi Gotheiner in collaboration with the dancers, I imagined him—a religious man, prodigious in his output of children and scores—sitting next to me. Would his starched curls quiver in indignation at the octet of on-your-mettle dancers, wearing separates in the aesthetic of The Gap (costumes by Gabrielle Grywalski)? Might he throw his hands over his ears at Scott Killian’s squealy electronica that disturbed his musical math? Could his jaw drop at Josh Higgason’s clever film that highlights differing angles of the artists who’re performing the same choreography concurrently? Perhaps, he’d fold his hands over his ample belly and gaze upon the kaleidoscopic configurations, marveling at how his scratches of score paper spurred such a thing.

I think his response would be the last, and here’s why: The Art of Fugue can be enjoyed on many levels and accommodate contrary responses. Wherever you are, the piece can do something for you. For folks new to Bach’s fugues, they might appreciate it as music physicalized, the subject (musical theme) passed around like sourdough starter. For those who extract political meaning from art, the work suggests a democratic undertaking. Dancers join when they want, leave if they wish, and/or act as witnesses from chairs stationed on the sidelines. Contributions are personal, but the result is collective.

The first of fourteen vignettes opens with Caitlin Javech and then others clapping out a rhythm. Their cadenced hand smacking develops into a phrase of loose-jointed tosses and circles of limbs. Occasionally, a crisply pointed foot touches the ankle in sur le cou-de-pied derriere—a ballet basic.

From there, groups alternate with solos. The individual scenarios lean into the metaphorical, like when Anson Zwingelberg quivers through an anxiety-riddled hoe-down. As if a spider seduced by her own design, Alison Clancy becomes snarled in a virtual web. Cascading lines and points concoct this web, hinting at a demolished score, all the notes shattered and scattered.

The group numbers sink into and rise out of the sparkling Baroque waters. The artists swing into arabesques, lope through low leaps, and pop upward in sautés in attitude. They manifest the fugue’s counterpoint in various arrangements, including one against one, two against two, and during a space-filling burst, four duets that embody soprano, alto, tenor, and bass lines of music.

Sometimes, the opposing, always shifting congregations can frustrate the viewing experience. Unlike my ears, my eyes struggled to reconcile individually specific details with the architecture of the churning group formations.

Ching Ching Wong centers the roiling stream into a single point. With a chair as her partner, she slips her body through its empty spaces and whirls like a manic top. Soon, the company joins and forms a kumbaya circle of chairs in which they perch. They catch and pass a trusting performer from person to person. Later, in a subtle nod to Balanchine’s Concerto Barocco, they assemble themselves in a daisy chain of sorts.

Then, as it goes, they take their leave, casually, unregretfully. One empty chair remains on stage, center stage. The dance may be done, but the show never ends for Bach.