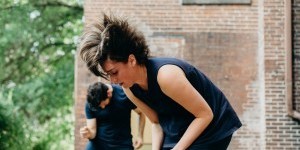 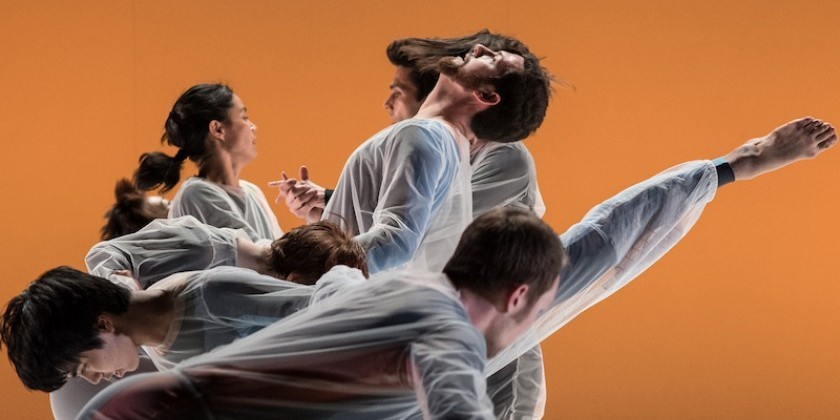 Dance can be many things: beautiful, virtuosic, provocative. No matter what it is, we in the audience are often content to stay put — to witness rather than to manifest. That’s until Doug Varone and Dancers take the stage. Their exhilarative dancing beckons us to join.

The company commemorates three decades with a four-night run at BAM Harvey. The program presents three works: Possession, an oldie but goodie from 1994 that reveals charged interpersonal connections; Folded, a sometimes antagonistic, sometimes comedic duet; and ReComposed, a wash of eight bodies in unflattering unitards that supposedly evokes paintings by Joan Mitchell.

Who can resist the exuberance of the jabbing kicks, swinging arms, surging paces, and luscious seesaws of the torso? Not the dancers, that's for sure. They — interchangeable save Hsiao-Jou Tang, whose delicacy belies her tenacity — radiate confidence. Their joints maintain a loosey-goosey ease, which allows the choreography to unspool like one long, undulating ribbon. 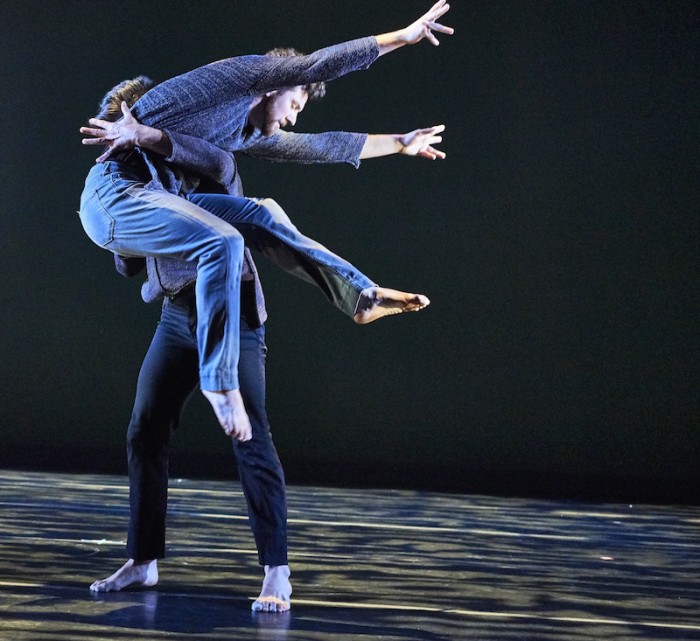 Part of Varone’s charm resides in his distaste for artifice. The body isn’t clay to be molded with the ugly bits chiseled away or disguised by technical exactitude. Instead, it’s celebrated in all its sloppy sublimity where feet point haphazardly and shoulders shoot upward.

Although the dancing may be freewheeling, the musical selections provide strong tethers. Each composer — Philip Glass (Possession), Julia Wolfe (Folded), and Michael Gordon (ReComposed) — grounds their piece with assertive rhythms. The juxtaposing melodies exalt the pulsations with starry ethereality from Glass, hopscotching dissonance from Wolfe, brassy chutzpah from Gordon. 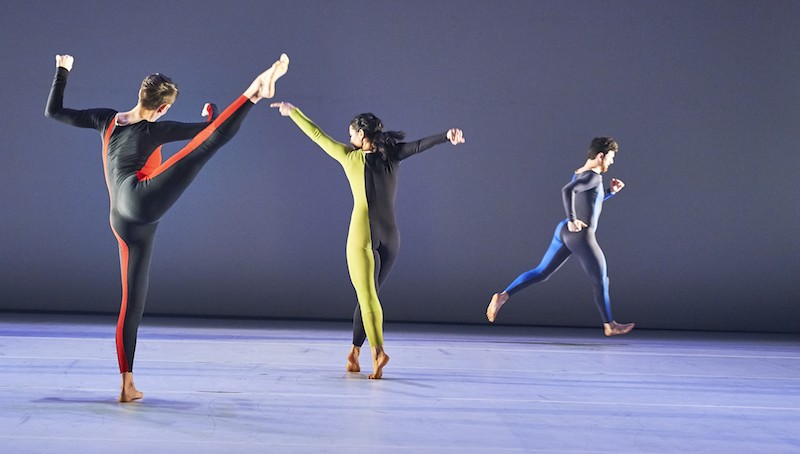 When taken as one, the three works expose the instability of relationships. Dancers use each other to leap, to lean, and to balance. Sometimes, the connection is trusting as when one body crimps itself around another in a tender lift. Other times, it’s selfish as when one body rebounds off another in a hostile thrust of velocity. Who’s a friend and who’s a foe fluctuates, often within seconds.

While the evening unfolds agreeably enough, none of the pieces offers much in the way of choreographic temerity or conceptual rigor. Instead, they throb with a vague sense of urgency, yet they rarely transcend beyond easy-to-watch, easy-to-appreciate dances.

This evening — straightforward in its pleasantness — may explain Varone’s lasting power. Dance and life can be so hard, so fraught, that it’s delightful to watch something that enjoys being what it is instead of straining toward something it doesn’t need to be. These minor pieces translate into one major experience. 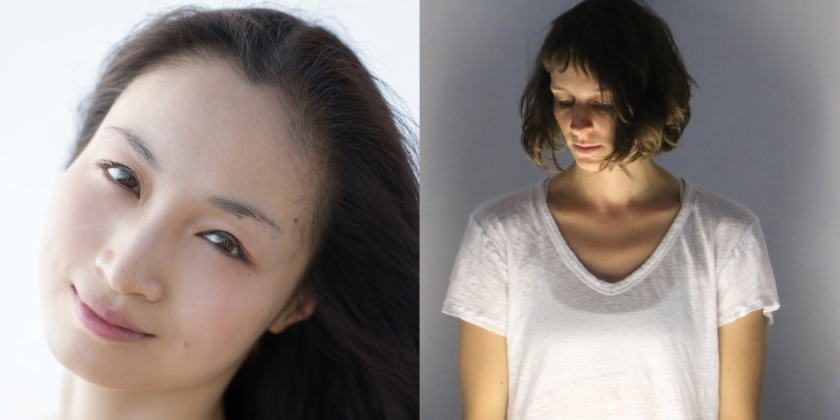