A Postcard from Columbia Ballet Collaborative

Dance Up Close to Vicky Shick's "Miniatures in Detail" 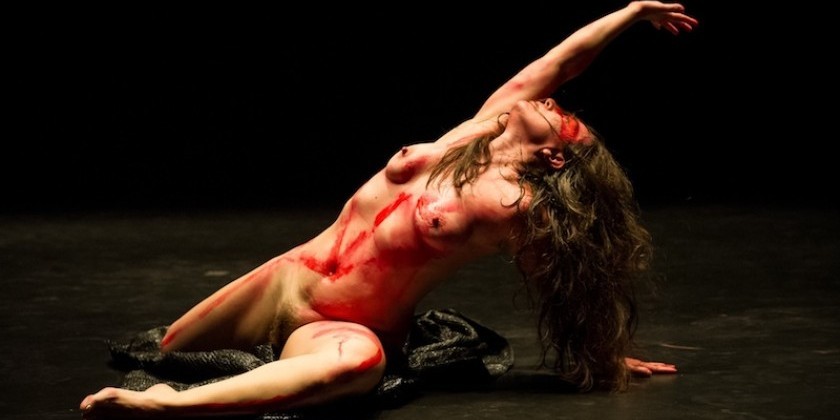 Created and Performed by luciana achugar

The Middle Ages were characterized by St. Vitus’ Dance, a sort of dancing plague, in which hundreds to thousands of men, women, and children would spontaneously dance for days until toppling from exhaustion. Not everyone succumbed, but for those who did, the experience was frenzied: Individuals would tear off their clothes, smack the bottoms of their feet, and collapse into hysterics. A few even died.

Something similar happens during Otro Teatro, a piece by luciana achugar (she spells her name in lowercase letters) at New York Live Arts.  During what is billed as a solo performance, several dozen or so audience members join in the ritualized rapture, a modern episode of dancing mania. 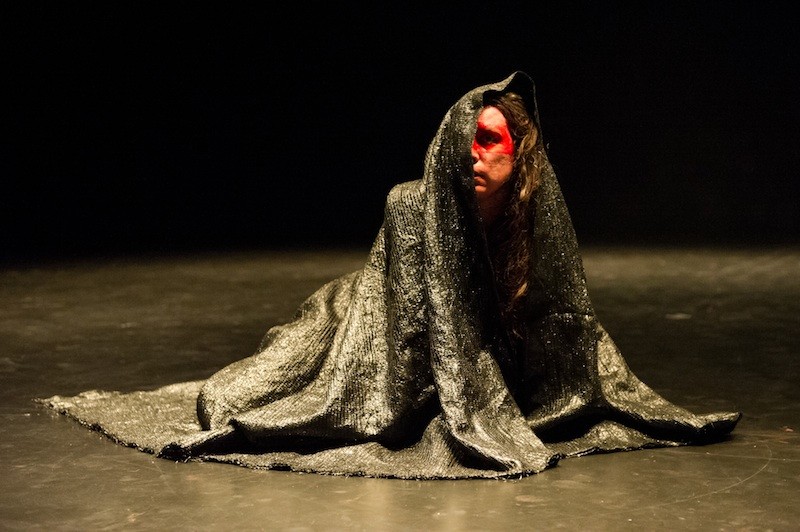 Otro Teatro — literally, other theater — opens with achugar crouched in a haze of dim light. A dark, shimmery blanket covers her. Repetitively, she rocks back and forth while chanting an incantation.  Her fervency escalates, and as she stands, her intonations become more pitched. Wailing in between big, gulping breaths, she launches herself into a series of turbulent turns like an exultant Dervish; she skitters forward on her heels into a deep second position, the cloak lifting to show legs slashed with red. Her ecstasy is palpable.

As achugar seemingly enacts a rite of trance, many in the audience respond strangely. They chant and moan; sometimes, they pound their seats and the walls. A man to my left, who before the performance was telling an acquaintance about his new role in an upstate production of Damned Yankees, slumps forward, his eyes rolling. A blonde tumbles down the stairs and thumps onto the stage while vocalizing stridently.

Other members of the audience, apparently hypnotized by achugar’s repetitive twirling, enter the stage space. They strip off their skinny jeans and t-shirts; writhe and twist like a snake shedding its skin; and crosshatch their bodies with red paint. Soon, the stage hums like a hive as more surrender to the visceral delight of motion. These revelers climb the walls and streak across the stage in a series of maddened leaps.

It’s not quite the wild bacchanal it sounds like. In fact, it’s surprisingly tame. No taboos are challenged, and everyone plays it safe, keeping a respectful distance from each other. While the performance is communal, the pursuits of pleasure are personal.

Like a gutted candle, the frenetic roisterers slump to the floor in a puddle of entwined limbs, their energies spent. Only one remains upright: A schlubby, bearded man uses gaffer’s tape to create a series of peaks and lines on the stage’s back wall. Soon, other performers rise, grab tape, and affix it onto the floor and walls, casually chatting amongst themselves as a boom box plays pop music. Normalcy is restored.

One could construe “Otro Teatro” as gimmicky, but that would minimize its experiential impact, which stretches over two hours that fly by. Watching us — realizing that the euphoric carousers are dancers achugar has been rehearsing awhile — is just as rewarding as watching them.

While “Otro Teatro” reframes the conventional theater event, it doesn’t revolutionize it. As always, we sit in our seats and watch performers move. Dashing our expectations is clever and fun, yet maintaining our status quo prevents us from being fully transformed by the experience. 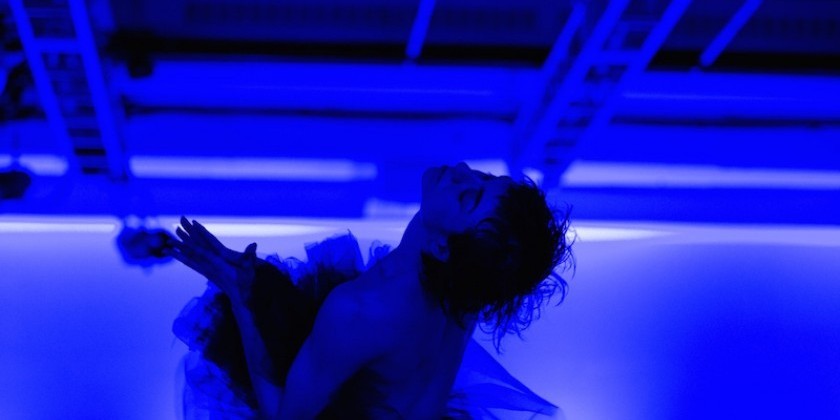