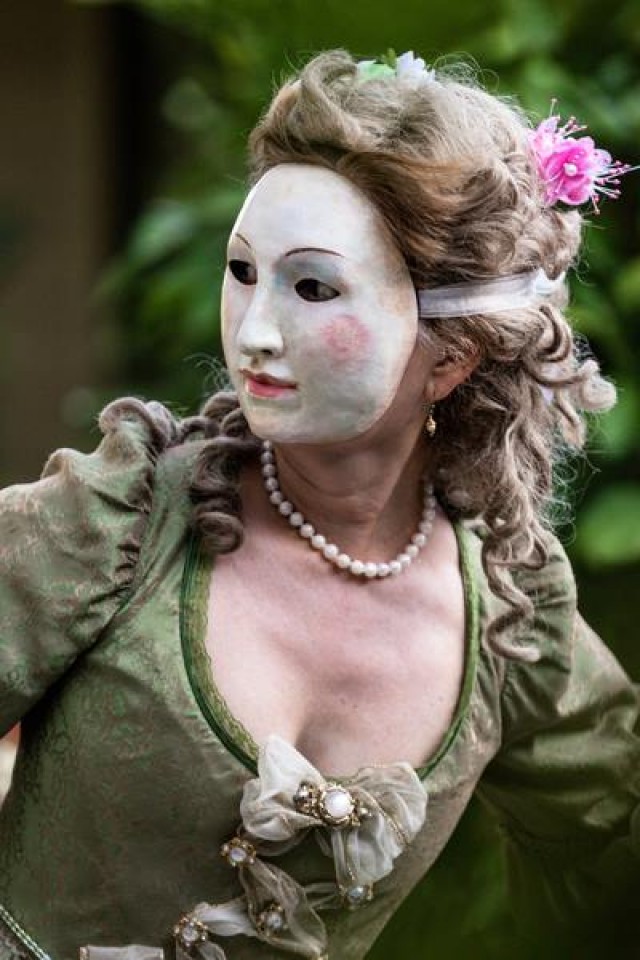 Catherine Turocy, recognized as one of today’s leading choreographer/stage directors in Baroque period performance, with over 70 Baroque operas to her credit, has been decorated by the French Republic as a Chevalier in the Order of Arts and Letters. After moving to NYC in 1976, she cofounded The New York Baroque Dance Company with Ann Jacoby.

In 2018-19, she was a recipient of the Center for Ballet and the Arts Residency Fellowship in NYC for her work on Nijinsky’s Bach ballet (1913). In 2018 Turocy received the IZZY Award in San Francisco for her stage direction/choreography of  Le Temple de la Gloire by Rameau, which also received two first prizes in “Best of the Bay” under both stage direction and choreography. Other awards include the BESSIE Award in New York City for sustained achievement in choreography, the Natalie Skelton Award for Artistic Excellence and the Dance Film Association Award for “The Art of Dancing.” NEA International Exchange Fellowships supported research in London and Paris.

A founding member of the Society for Dance History Scholars, Ms. Turocy has lectured on period performance practices around the world including the Royal Academies of Dance in London, Stockholm, and Copenhagen; the Festival Estival in Paris and The Society for Early Music in Tokyo.

when I was 2 or 3 years old. Sometimes, my mother would turn on the radio and announce it was time to dance. Usually, we were in the kitchen/dining area, and soon, my brothers, John, Tim, Tom (my twin), and my sister, Chris, and I would all be dancing freestyle with my Mom. We were all very close in age, and it was a lot of fun! My Dad was at work delivering mail, I do not think he ever joined us . . . more on the side of being shy. The music was never classical, only popular.

When my Dad was home, we were only allowed to play the classical music station unless we were doing our Saturday chores. On that day, whoever had their turn at washing the kitchen floor could listen to whatever they wanted to hear. The other times I danced were when my Dad played a classical record or when he was privately practicing on his violin behind a closed door, and I would sometimes dance in the hall.

at age 4, I learned one could be many things when one grew up, and at that point, I announced I was choosing dance as a profession. But for some reason, my Mom told me I had to wait until I was 5 before I could take formal lessons. That was the longest year of my life.

I attended the Ohio State University, and Shirley Wynne, the dance history teacher, asked me to dance in her reconstruction of Jean-Philippe Rameau's opera-ballet, The Birth of Osiris, to be premiered at UC Berkeley in a full production conducted by Alan Curtis.

it was the first dance I reconstructed from 18th-century dance notation, and it is so fun to dance!

she was known for her expressivity and innovation in dance in the 18th century . . . she taught [Jean-Georges] Noverre!

when I danced the role of Orithee in Rameau's Les Boréades in Aix-en-Provence. I was also the choreographer, which was incredible because the work was never produced in the 18th century as Rameau died before the premiere. Hence, I am the original choreographer of this work!

The costume made of silk was in the style of Marie Sallé's dress in her portrait by Lancret. It was a wrap-around, form-fitting bodice, which attached at the side and was a beautiful cerulean blue fabric mixed with a darker underlying thread. The bodice was attached to an overskirt of the same fabric and open at the front. The underskirt was ivory and all trimmed with sparkling jewels (alas, not real jewels). The opened overskirt was very dramatic when turning as the full circular cut flared out, rippling in the action. In the opera scene I was the nymph, Orithée, who was abducted by the god of the wind, Borée.

he was a dancer, choreographer, dance producer, dance notator, philosopher, and dance theorist, was connected in English society and had the reputation of being kind

seeing or hearing from my grown sons

cooking with my husband, Jim

listening to live music and dancing

study paintings and sculpture from that time as they listen to music by [Jean-Baptiste] Lully and Rameau. Then begin reading Claude-François Ménestrier's work, On Ancient and Modern Ballets, After The Rules of Theatre (Des Ballets anciens et modernes selon les règles du théâtre, 1682), followed by René Descartes and his his Passions of the Soul (1649)

when [Vaslav] Nijinsky began studying Bach to create a new ballet that never saw the stage . . . in 1913

"La Cupis" by Jean Philippe Rameau, or "Scarborough Fair" (and also "Bridge Over Troubled Waters") by Simon and Garfunkel or "Let it Be" by The Beatles or anything Chopin

oddly enough no single painting comes to mind. My emotions are changeable and painting demands a true focus and state of being, there is no one painting to hold this distinction of "forever."

that we find unity in our celebration of history and culture, and we are no longer crippled by divisive perspectives. When we fall in love with someone, we love the good and the bad, and we move on and deal with challenges and celebrations as they come our way. We do not cling to the negative. Can we do the same in our community spirit?

Do you know of a MOVING PERSON  we should celebrate on The Dance Enthusiast?