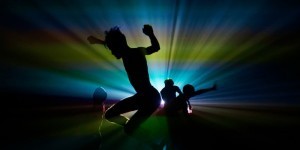 A Postcard from our friends at HERE and Floating Point Waves

Floating Point Waves unveils the relationship between the human body and natural elements as movement, water and light connect in an organic causal chain. Every motion of the dance is reflected in the elements that surround it, as performance and exquisite design fuse in a landscape where beauty coexists with darkness.

LEIMAY is the parapluie for Ximena Garnica art works, Shige Moriya art works and collaborative work between these two artists.  Works range from photography to video art, art installations, dance-theater pieces, interdisciplinary collaborations and training projects. Rooted in the body, LEIMAY’s collaborations exist at the interconnection of visual, sound, choreographic, and dramatic elements. Performance experiences are designed to sharpen the senses both for artists engaging in the creative process and for the audience relating to the performances.

Transformation is approached as an aesthetic in the sense that the body at times is dancer, actor or object and the space at times is body, environment or object. Performance is explored as a process of constantly becoming.