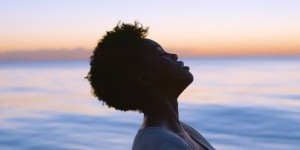 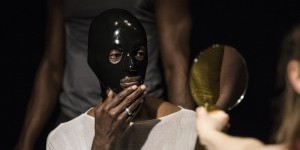 During the extended COVID closures, we as artists had to become creative and resourceful in the ways we create, present, and collaborate. As New York began to slowly reopen, it was such a joy to hear from Pat Owens, the Executive Director of the New York Choral Society, about a project they were working on that would introduce me to an important figure in Black history.

Over the last year, the New York Choral Society has used choral music as an effective medium to explore important issues we are facing. From racial and social inequalities to climate change and gender, their latest project, Morning Light, brings to visual life the cycle of light to dark, calm to chaos, and the belief that with faith, we can weather any storm that life may bring. While my work often intersects movement, text, sound, and song, the Shaker text of Morning Light resonated with me quite profoundly.

When I first heard the song it had such a haunting opening, I saw a fog moving through this forest. It felt elemental. The text made me think of the growing natural disasters related to climate change. The concept of a cycle, which is part of the song, reminded me of how the death of a tree becomes the basis of a new life; as it deteriorates it feeds the soil and supports other life. To discover the life and work of Black Shaker Rebecca Cox Jackson, the song took on more meaning.

It was a fantastic surprise to uncover her story. At a time when the lives of forgotten women are finally being told, her life became an inspiration, and I thought Nehemoyia Young, who I have been working with on another project, could embody her in the film. Coincidentally, Nehemoyia holds a Master’s in Theology, Performance Art & Ritual from Union Theological Seminary and grew up not too far from Watervliet, the Shaker Village that Rebecca was originally affiliated with.

I thought the figure should exist out of time and space, so we used a green screen to create this effect. I had a simple black dress designed and created in collaboration with Athena Kokoronis to quietly reference clothes from that period of time. It had to be black as I imagined the screen disappearing into her body as a transition. I wanted a certain intimacy with the figure, and the final image of her becomes a landscape as the water cascades down her back.

I saw the unearthing of Rebecca’s story as a catalyst to learn more about her as a pivotal Shaker Eldress and not just as a free Black woman with these gifts of power but also breaking the myth of the Shakers being a solely white concept and community.

Kevin Siegfried’s arrangement of this song/hymn is a testament of how choral music can create textured landscapes that draw one in and offers the possibilities of hope and resilience at the end of the day. In a way, I feel this work is a meditation of breath, body, and water. I believe given our current situation regarding climate change and the psychological and physical effects of COVID-19, there is a connection to trauma within the body, the body of earth, and our own bodies, and concepts of healing and recovery.

Choral music is essential, innovative and inclusive, and I hope that Morning Light gives viewers an opportunity to appreciate choral music outside of its typical contexts and that gives visibility to more voices in our community. With Rebecca Cox Jackson as the inspiration for this production, we have uncovered an original way to consider choral music and the important contributions of the Shakers, particularly their inclusiveness and commitment to racial and gender.

IMPRESSIONS: David Thomson's "he his own mythical beast" as part of COIL Festival at Performance Space New York