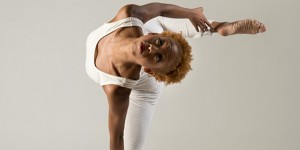 Meet Candace Thompson, the Force Behind The Dance Caribbean Collective.

"Postcards" asks dancers and dance enthusiasts to share with us their travels from home.

** Thank you to Ballet Areyto for allowing us to post their pictures on our site.

Article and Photos by Christine Jowers © 2008

My family went to San Juan to escape the cold of New York, and to introduce my children to the island of their ancestors.

We arrived on Friday March 21st, 2008,  the day after one of the largest tidal waves to hit the island in twenty years hit. Northern swells as high as thirty-five feet pummeled not only Puerto Rico, but also much of the Caribbean.

Apparently, we brought the storm. Rough winds we had experienced in NYC prior to our trip caused the trouble. Beaches closed. Coastal highways and homes were littered with debris. Property was ruined. Friends who live in Old San Juan said that their favorite beaches were being visited by feisty barracudas displaced by strong currents.

By the time we packed for home, the seas were quieter, the streets swept clean, and the winds had died down, but the political situation was stormy.

Governor Anibal Acevedo Vila, of the Peoples Democratic Party was accused by the Federal Government of nineteen counts of campaign finance violations. The former Governor of Puerto Rico, Republican Carlos Romero Barceló and his party members urged the governor to stop corruption and resign. While reports and pictures of Acevedo Vila’s co-workers being arrested circulated through out the island, the Governor coolly strolled through the streets of Old San Juan to take his afternoon “cafecito” and receive hugs and kisses of support (as well as jeers.)

What did I hear on the street? My cousin, a passionate Puerto Rican Democrat, loves the Governor because, (she starts out quietly and finishes with a forceful throaty emphasis), “He has GUTS.”

Conversely one of the women at our hotel sighed, “ I did not vote for that clown.”

As for me, I was very glad to forget about the persistent "Governor Troubles" of Manhattan and Puerto Rico to take long walks on the beach and stroll through the streets, forts and museums of Old San Juan. I appreciate the the lilting vibrancy of nature, culture, and the arts on La Isla Borinquena,  where even the island’s anthem is a danza.

(Borinquen is the Taino Indian name for the island- whose people, my people, are a lovely fusion of Taino Indian, African, and Spanish Cultures with a splash of other Europeans in the mix. There is even a Calle O’ Donnell in Old San Juan. This is perhaps reflective of the many Irishmen, who resentful of the English Monarchy joined the Army of Spain to fight in The New World. It is surprising to many of my friends from the continental US that Puerto Ricans have such varied backgrounds and colors. The Caribbean was multicultural before that adjective existed.)

La tierra de Borinquen, donde he nacido yo, es un jardín florido, de mágico primor.
The land of Borinquen, where I was born, is a flower garden of magic brilliance.

Cuando a sus playas llegó Colón, Exclamó lleno de admiración: "Oh!, oh!, oh!, esta es la linda tierra que busco yo".
When Columbos arrived at these beaches full of awe he exclaimed, “This is the lovely land that I seek.”