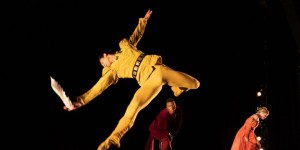 Colin Connor of Limón Dance Company: “The Season That Will Be” 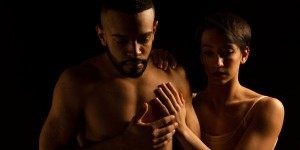 While The Hartt School gets set to embark on its centennial celebration this spring, the Dance Division has already begun to mark its significant milestone — 25 years as a nationally prominent dance conservatory at the University of Hartford. We are celebrating with Lar Lubovitch's Something about Night, Martha Graham's Chronicle, José Limón's The Winged, the "Tarantella" from Act III from August Bournonville's Napoli, excerpts from George Balanchine's Who Cares?, a work by Francesca Harper, and other new commissions.

The Dance Division was founded in 1994 by Larry Alan Smith, Dean of The Hartt School. His purpose was to enlarge the scope of what was then The Hartt School of Music into a fully-fledged performing arts conservatory. Since its inception, the program has attracted national and international attention, including being named "Best College Dance Program" by Dance US for 2019-2020.

Although dance training had been part of the music school's since 1937 when Alwin Nikolais began giving classes, it was not until Smith brought together Enid Lynn, founder of the Hartford Ballet; Peggy Lyman Hayes, renowned Martha Graham dancer; and Michael Yaffe, the Director of Hartt's Community Division, that dance became a permanent constituent of the conservatory.

2008 signaled a new era began for Hartt Dance. The Dance Division moved out of the former Hartford Ballet studios and into a new arts center. On the heels of the move, Stephen Pier, known for his work at the Juilliard School, Royal Danish Ballet, Hamburg Ballet, and Limón, was recruited as director of dance after a storied tenure by Peggy Lyman Hayes.

With an equally strong commitment to modern and ballet, Hartt Dance maintains a relationship to both past masters and contemporary virtuosos. Faculty is comprised of former artists from world-famous companies such as American Ballet Theatre to the Royal Danish Ballet. Students study the repertory of George Balanchine, August Bournonville, Marius Petipa, and Antony Tudor, to name just a few. Performing modern classics by Martha Graham, José Limón, and Doris Humphrey is a source of pride as is working with notable names in the contemporary field such as Bryan Arias, Claudia Schreier, Gregory Dolbashian, and Gemma Bond, among others.

For a list of performances at The Hartt School, please visit this page.