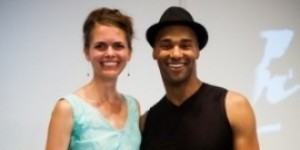 DANCE NEWS: The Bessies Announce Recipients of the 2021 NY Dance and Performance Awards

A History of The Bessies : The Evolution of The Dance and Performance Awards

Established in 1983 by David R. White and originally produced by Dance Theater Workshop, The Bessies, named after the dance educator and mentor Bessie Schonberg, were geared mainly toward experimental, non-commercial work and were in dire need of a makeover." These were the words of Gia Kourlas in her 2010 New York Times Article "Bessies Are Back After a Hiatus, Primed for a Major Makeover." See Article Here

The Bessies have a rich history of honoring the best and brightest in the field of dance. In the three years since its return under the direction of Lucy Sexton and in collaboration with Dance/NYC, The Bessies has announced new venues, new committees, and new categories all with the goal of "making the world care about dance."

It is what Elizabeth Streb was quoted saying in 2010: “I want to have the entire United States care about this field...The award ceremonies have to reach another set of ears and eyes.” See Article Here It is what Kourlas questioned in 2012: "But I also get the sense that Ms. Sexton’s struggle is about something more profound than handing out awards. How do you make the world care about dance?" See Article Here It is that fierce caring about dance that brings each body, finely adorned, to a seat to witness and honor the best of dance each year.

Whether or not we agree on category names or selection committee members, we recognize the achievement of a Bessie award. The expansion of this achievement has also allowed us to question what makes a dance. Growing committees and ever developing categories investigate the collaborative elements and invigorate the multiplicity of the art form.

In the coming weeks, The Dance Enthusiast will offer you interviews with choreographic collaborators: composers, designers, and performers. Choreographers indeed make dances, but what else (and who else) does it take to create a comprehensive artistic experience worthy of an illustrious New York Dance and Performance Award?

Roberts is currently a performer with Ronald K. Brown/Evidence, A Dance Company.  She is a native of Atlanta, Georgia and graduate of Tri-Cities High School for the Visual and Performing Arts. She was a student at the Alvin Ailey School’s Junior Division and at the Jacob’s Pillow Dance Festival. She graduated magna cum laude with a B.F.A. in Dance from Howard University. Annique danced with Garth Fagan Dance and taught at the Garth Fagan Dance School for over five years. She was featured in the August 2008 issue of Dance Magazine. In 2011, she was awarded the James Butcher Distinguished Alumni Award from Howard University, and in 2013, she was featured in TimeOut New York.  Roberts is also a certified Pilates instructor and group fitness trainer.

A. Nia Austin-Edwards for The Dance Enthusiast: When did you begin dancing? Have you always known you would be a dancer?

Annique Roberts: I began dancing at the ripe old age of four with ballet, tap and jazz. My mom threw me into classes to give me something to do on Saturdays. I had way too much energy for her to handle, so I ended up in dance class. I didn’t know that dance was something I wanted to do until the spring of my senior year in high school. Some things happened in my life that made me decide that I should do what I love. I should go for it so that when I looked back, I wouldn’t have any regrets in my life. I knew if it was something that I really wanted to do, I could make it a job and try to be the absolute best that I could by working hard and staying determined. So it wasn’t until senior year in high school that I said “ok, I’m going to give this thing a try.” And that’s what I did.

TDE: If you had to describe your process of taking on movement in only 5 words . . .

TDE: How would you describe the relationship between dancer and choreographer? Can one exist without the other? How do they inform one another?

AR: I think I’ve been very fortunate to work with choreographers, Garth Fagan and Ron Brown, who I clicked with immediately. The relationship is give and take.There is a huge trust factor involved. The choreographer is trusting you with their work. You’re also trusting the choreographer to not make you look like a fool. At the same time, they’re shaping and molding you into this artist onstage.

There is also a moment on both ends where you let go. The choreographer has to release their material, and trust you to do what you do. There has to be a point as a dancer when you let go of the technical pieces and let your spirit fly.

TDE: What has been your biggest challenge in your artistic journey?

AR: I think trusting my instincts and staying disciplined. There are always going to be people around you who don’t have the same goals or work ethic. Sometimes it is not easy to stay the course, and stick with the kind of work ethic and discipline that you’ve been taught. Other times you walk into situations and it’s not exactly like what you’re used to. You have to learn how to be yourself in that environment. That has always been the challenge -- to stay true to myself and continue to put in the work what all the people that have trained me over the years have taught me - to “carry the torch” so to speak.

TDE: How did you come to work with the Evidence?

AR: I met Ronald K. Brown when I was 18, I think. I was at Howard University, and it was the summer before my freshman year. He taught at our summer intensive, which was also part of my audition. He taught a master class, and I feel in love. I often say it was love at 5, 6, 7, 8. From there, I was able to intern with the company every summer while I was in school. Ron always came back to Howard to choreograph on the students, so the relationship developed and grew from there. And then, even when I graduated and went to work with Garth Fagan, I was always in touch with Ron. I always went to see Evidence, and invited him to our shows in New York. When it came time for me to leave Fagan, I said “Hey, Mr. Brown, you got a spot opening up anytime soon? I’d love to work with you.” The stars aligned. I apprenticed for maybe 4 months, and then I was invited to join the company.

TDE: How would you describe the creative process within Evidence, and your role in that process?

AR: It’s so much fun when Ron comes in ready to choreograph! He comes in with all this energy, and we just go with it. He comes in and teaches the movement - Ron comes up with it. He already has an idea, and may already have the music. He’s probably already been writing, and doing his whole process before he comes to us. Or maybe he creates it in the space, and we kind of just follow behind him until he turns around and says, “Let me see it.” We usually do it as a group, and then he’ll see it individually. The more you do it, you start to make it your own. You begin to search for more than just the steps. You start searching for the meaning.

Ron’s a great storyteller, and throughout the whole process he’s speaking to you. He's not telling you everything, but a good amount of what is going on inside his head - his motivations for the work. Once you get the steps, you start thinking about how you’re going to phrase the movement and how you’re going to relate with the other dancers. And then you look up. All of the sudden you have a piece that’s telling this story that you knew in your head, but somehow ends up making its way to the body. And the process is always never ending -- even pieces that I’ve been doing for years. I’m still trying to discover more in them.

TDE: What’s next for you and Evidence?

AR: Evidence has a project with a Cuban company coming up with The Joyce Theater. Ron went to Cuba earlier this year, and picked a dance company to work with. I believe Evidence goes to Cuba next spring, and then the company that Ron chose will have a season at the Joyce. We follow them with our own Joyce season. 2015 is our 30th Anniversary so we’re already starting to think about what’s going to happen. We have a season at the new BRIC House Ballroom in November. We’ll do On Earth Together - the Stevie Wonder work - which is an evening length. He’s going to invite people from the community to participate, and he may also choreograph another section. Ron has a lot going on. I’m just riding this Evidence wheel until it falls off, still trying to develop and grow. I’m assistant rehearsal director now, and the responsibility grows. I eventually want to transition into arts administration, get a master’s - live the simple life at some point. My life is with Evidence, and I’m always looking toward the future, but right now I’m happy with where I am.

TDE: What do you do when you're not dancing?

AR: Sleep. Soak. I work out. I’m a Pilates instructor, but I don’t teach anywhere right now. Every now and again I’ll do body conditioning classes. I go home to Atlanta to see my family, because I miss them a lot. I’ve been away from home for thirteen years, and I get very homesick. I see my friends outside of New York, and try to get out of city when I can - to DC or Atlanta. But I’m also a typical person - I like going to the movies, hang out with people. Oh, I like playing Spider Solitaire right now. It’s a challenge. And I have a TIME Magazine subscription. I read that  on my commutes.

TDE: Is there anything else you’d like to mention?

AR: I never ever thought that I’d be nominated for a Bessie, and it’s one of the most amazing honors that I could ever experience. There have been so many people in Fagan and in Evidence who received Bessies, and I looked up to them. They were my mentors, and I soaked everything up that they gave me. To be nominated now, is just a bit of validation that some of it stuck. Again, it’s the carrying the torch thing. I’ve taken what they’ve taught me, and I’ve been able to do something with it. That’s all. I’m just excited. And happy. And nervous.

DANCE NEWS: The Bessies Announce Honorees of Lifetime Achievement and Service to the Field of Dance Awards

DANCE NEWS: These Are The 2021 Bessie Awards Nominees