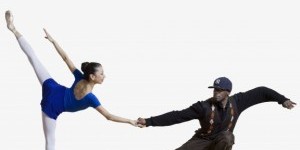 IMPRESSIONS: An Evening with the Brooklyn Ballet

At The Actor’s Fund Arts Center

For complete schedule and roster of artists, go to Brooklyn Ballet's website.

This year when Brooklyn Ballet takes to the stage for its Spring season, one detail will be quite different than in years past. Brooklyn Ballet has announced its first resident choreographer since 2007: the London-based New Yorker, Julia K. Gleich.

The Dance Enthusiast caught up with Gleich over the phone shortly after her new position was announced. Take a look at what she had to say.

The Dance Enthusiast: How is your experience working with the Brooklyn Ballet so far?

Julia K. Gleich: I’ve known Lynn (Parkerson) for some time, so it was really an honor when she asked me to be resident choreographer, and I have already done a few different pieces with them ranging from working with the youth ballet to the professional company. I always fantasized about working with dance companies that have individuality and foster a sort of humanity that I think ballet should have.  Lynn and I share a vision here in terms of diversity and empowering women, which is often lacking in the ballet world.

TDE: Are you presenting a new piece for the performance this week and if so can you tell us about it?

JKG: The Brooklyn Ballet is very experimental. They are not afraid to take some chances. There are two pieces that I am creating. The one piece was a work in progress called The Solitude and now it has been fully produced and further developed. It is, in a way, a new work because new dancers change every piece of work that you make.

The other piece is called Quilt/ One Night Stand. The One Night Stand section particularly refers to the different musician performing in it every night. The piece itself has a daily evolution. It is based on improvisational structures using the mathematical concept of vectors. Vectors are a way of looking at directed energy.

TDE: What are your future plans with the Brooklyn Ballet?

JKG:  At this point in time I am focused on making sure these works are ready. There are a lot of possibilities with Brooklyn Ballet. I choreographed  a piece in which I used the youth ballet and  was able to capture their youthful energy. This is something we are losing as we become so technical. I am interested in the people and not just the shapes of them. I would definitely like to draw out Brooklyn Ballet’s individuality in some of my own work.

TDE: What do you think the difference is in working here versus the United Kingdom?

JKG: I hate to say it, but I really enjoy working in New York because there is an environment of going for it and risk taking. There is a willingness to do things quickly. In the U.K., you are fighting with history and fighting against the syllabus training that the Royal Academy of Dance and other organizations have established. I think this a real negative for dance. It implies that there is one right way and that everybody should dance that way. Why would we want that? This is starting to happen more over here than it used to- especially in ballet, where it can become so artificial and there are pressures to conform.