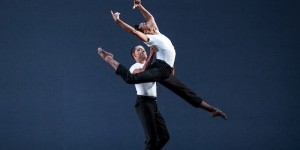 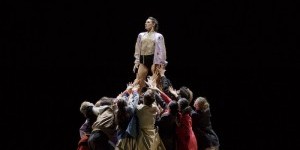 Published on November 2, 2017
Image republished with permission from Dance Magazine.

Sammi for The Dance Enthusiast: Walk us through your journey towards becoming a food scholar!

Meryl Rosofsky, Food Scholar and Curator of the Program: Food has been a lifelong passion of mine. I’ve also always loved ballet. Growing up in the 70s, I was a total Francophile, and since French was the language of both ballet and cooking back then, I naturally gravitated towards both.

My path to food as a profession was more winding. I went to medical school with the plan of becoming a neuropsychiatrist or behavioral neurologist and became a strategy consultant for companies that were working on novel drugs to treat cancer and other challenging diseases. However, food was always my abiding love, so I took a year off from consulting in my late 30s and moved to Siena and Rome to immerse myself in regional Italy cooking and spark a new path. When I came back to the States, I enrolled in the Food Studies master’s program at NYU as a way to professionalize and ‘academicize’ my lifelong love of food. I now teach experiential courses on sustainable food systems on the East End of Long Island and on food, culture, and meaning in New Orleans. I also research and write about a range of cultural topics through the lens of food.

Tanaquil Le Clerq's The Ballet Cook Book was published in 1967.

TDE: When was the first time you thumbed through The Ballet Cook Book?

MR: I discovered The Ballet Cook Book about five years ago. We were about to host a friend of my husband’s for dinner. I knew that this friend was working on a biography of George Balanchine, and I had just learned through Jared Angle (New York City Ballet principal dancer) that Balanchine was a great cook, so I started googling Balanchine and his recipes to come up with ideas for our dinner menu — that is how I learned about Tanaquil Le Clercq’s amazing book. That is also when I discovered the Ballet Cook Book Dinner Series that Ryan Wenzel was spearheading with Antonio Carmena and Susan LaRosa. I managed to wrangle an invitation to a couple of these dinners, including one they did on Melissa Hayden, who was my husband’s mother. So this was really special for us!

I remember the first time I saw The Ballet Cook Book — I fell in love with it instantly, even if at first glance some of the recipes appear dated (in fact, more of them stand the test of time than not). Last fall I got to immerse in the book more deeply as a Fellow at the Center for Ballet and the Arts at NYU, as part of my project “Breaking Bread With Balanchine.” My love for the book continues to grow as I spend more time unearthing the story of how it came about, and learning what a remarkable person Tanaquil was.

TDE: Is Tanaquil as expressive in her writing as she is when dancing?

MR: Absolutely! Her voice leaps off every page. She’s so witty and smart and funny. Also very gracious — she includes chapters on several of Balanchine’s other wives and muses, and her treatment of them is generous and discreet.

TDE: This looks to be a delicious program! Which events will serve as the appetizer, the main course and dessert?

MR: Thank you! I love that you framed your question this way. You probably know that Balanchine thought in terms of an appetizer, main course, and dessert when creating ballet programs, so the metaphor has a great lineage. For our ‘appetizer,’ I’ll give a short talk and slide show on the story of The Ballet Cook Book — how it came about, and some of the treasures within it. Then we’ll be joined by dance legends Jacques d’Amboise and Allegra Kent, both Ballet Cook Book contributors and friends of Le Clercq’s — in fact, when I found an old Dance Magazine article on The Ballet Cook Book, I discovered that they were at the original book signing with Tanaquil 50 years ago, along with Melissa Hayden!

Our panel discussion will be interspersed with ‘dance morsels’ (as Duke Dang of Works & Process puts it) performed by dancers from New York City Ballet, featuring roles originated by Tanaquil, Jacques, Allegra, and Melissa.

Toward the end of the program, we’ll be joined in conversation by two of the dancers who are also avowed food lovers, Jared Angle and Adrian Danchig-Waring. I guess you could say they are our dessert course!

TDE: In an industry rife with eating disorders, it’s heartening to see dancers get excited about food and cooking. Thoughts?

MR: Yes, this is a tremendously important topic.  I’m not an expert on eating disorders and it’s not the focus of my project, but I think it’s important to acknowledge that this is a serious issue for many. But I’ve been heartened to learn that not only do a plethora of dancers in Tanaquil’s book profess a love of food and cooking, but a huge number of today’s dancers and choreographers do as well. I hope this serves as inspiration to young dancers who are still figuring out their relationship to food and their bodies. Dance fans may be surprised to hear that many of their favorite dancers spend their free time seeking new food experiences when they travel, trying out recipes for one another after performances, even growing their own food and herbs in backyard gardens, as Adrian does. ABT principal dancer Marcelo Gomes has his own cooking blog, and when Stuart and I started an event called Culinary Choreography a few years ago with NYCB as a fundraiser for the Dancer Wellness Fund, ballerina Rebecca Krohn showed up with her own set of knives! As part of my project, I plan to compile The New Ballet Cook Book, with and for today’s great dancers and choreographers, many of whom love to cook. I also plan to bring Tanaquil’s original amazing book back into print if at all possible, with framing essays and annotations for historical context. The Ballet Cook Book is brimming with food lore and ballet history, and it would be great for more people to get to experience this treasure.

New York City Ballet and George Balanchine (front row) seated next to his muse, the prima ballerina Tanaquil Le Clercq (on the right), 1952

TDE: The Wright restaurant on the first floor of the Guggenheim will be serving Tanaquil Le Clercq's Chicken Vermouth, George Balanchine's Slow Beet Borschok, Melissa Hayden's Potato Latkas, and Allegra Kent's Walnut Apple Cake in conjunction with the program; have you sampled them all?

MR: Yes, when putting together the menu for the dinners at The Wright, I thought about dishes that represent the dancers who were at the book signing 50 years ago — Le Clercq, d’Amboise, Kent, and Hayden — and that are also seasonally appropriate, appealing to a modern diner, and delicious! These are all dishes I’ve cooked at home, and even had the chance to serve to their originators, in the case of Jacques’ Béarnaise Sauce (which The Wright will be offering over filet of sole) and Allegra’s Walnut Apple Cake. In fact, the first time I made Allegra’s cake, Adrian was over for dinner and I asked him if he’d whip the cream to go with it. Adrian added his own brilliant innovation, of sweetening the cream with a whisper of maple syrup and a scraping of vanilla beans, so we’re now asking the Wright to serve Ms. Kent’s Walnut Apple Cake with Adrian Danchig-Waring’s Maple Whipped Cream! And when Jared was growing up in rural Pennsylvania, his family used to have big parties where they’d make apple butter in giant copper kettles and send guests home with jars of it, so we’re serving Jared Angle’s apple butter with Melissa Hayden’s Potato Pancakes at one of the dinners at The Wright.

MR: Anyone who loves food, ballet, and/or Tanaquil Le Clercq. So pretty much everyone.

A POSTCARD from Nancy Buirski, Director of "Afternoon of a Faun: Tanaquil Le Clercq‏"