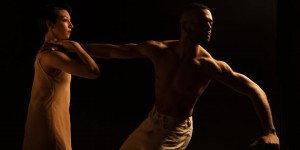 Catch Them At The Inside/Out Performances On July 17, 2019

WHO: Ice Dance International
WHAT: Inside/Out: Ice Dance International
WHEN: July 17, 2019 at 6:15pm
WHERE: 358 George Carter Road, Becket, MA
ABOUT: Although Becket’s average July high temperature is 83 degrees, the show’s in no danger of melting away. “In Flight” will be performed on a synthetic ice surface of interlocking polymer panels that mimics the properties of ice and can be skated on with professional metal blades.
TICKETS: The show is completely free of charge! More details HERE.

Douglas Webster, Artistic Director of ICI: It is an incredible honor for IDI to perform at Jacob’s Pillow and allows our company to connect to the deeply rooted history of dance there. It also draws us closer to one of Ice Dance InternationaI’s founders, Edward Villella, whose own history is deeply engrained in that of The Pillow. There are some wonderful photos of Edward in the original barn! On top of that, the opportunity connects us to one of IDI’s choreographers, Trey McIntyre, whose own company has been a significant part of the Pillow’s more recent history. Both Edward and Trey’s repertory created for IDI can be seen on our two American Public Television shows currently airing across the US.

Ours is the first unique ice dance performance on the Inside/Out stage. Any ice dance performance at a venerable dance institution like Jacob’s Pillow is a gift to all of us pursuing skating as an art form, as it includes us in broader conversations happening in the dance world.  And for IDI in particular, it allows us to talk about our vision to share the flight and flow of skating with all.

The Dance Enthusiast: How has technology enabled this feat?

Douglas Webster: Synthetic ice panels have been used for decades—often for corporate type events and in venues like Radio City Music Hall where they use them for the skating scene in their Christmas show. The technology has grown a bit to make it easier to glide, but the panels still require a different use of the skater’s push and substantially more energy is needed in every moment. There’s a bit of risk involved for all of us as the skater’s edge can dull faster bringing unexpected surprises to the performer. For instance, if you do a skid “hockey” stop on the EZ Glide, your edge will dull very quickly, which is vulnerable for any skater. We’ll travel with a blade sharpener to maintain our equipment for this performance. When we began conversations with Jacob’s Pillow about the possibility of the Inside/Out performance, I saw this as an opportunity to explore a quality of movement on the panels incorporating some of the concepts I teach for US Figure Skating called Skate 360: a full body way of moving in all different levels and planes of motion. So, as much as a performance, I see this as an exploration. And if successful, perhaps IDI will have more opportunities to take our work into schools and other performing arts venues. IDI owns 45 panels that create a 34 x 45 ft skating surface.

The Dance Enthusiast: How does the synthetic ice surface feel through your skates in contrast with genuine ice?

Matej Silecky (Skating Pro, Runner-Up of ITV’s Dancing on Ice 2018 & Filmmaker): The friction between real frozen ice and synthetic ice is drastically different and carries its own adventure, but the freedom of location that synthetic ice provides is something unmatched. The strength and dexterity required for plastic is something to be mentioned when it comes to the difference between a frozen liquid and a solid composite.

Sinead Kerr (Olympian, Skating Coach, Choreographer & Assistant Choreographer at ICI): Synthetic ice obviously feels different from real, frozen ice, but I am still more comfortable performing on my skates than I would be in shoes!

The Dance Enthusiast: To the dancers, will this be your first time at The Pillow? What other performances are you most looking forward to seeing?

Matej Silecky: Yes! I’m honestly humbled to have this opportunity to be there as a performer at a location with such an incredible history of dance luminaries. It’s really an incredible honor to be a small part of bringing ice dance to Jacob’s Pillow for the first time.

Sinead Kerr: We hope to show the artistic side of Ice Dance, as well as the athleticism involved, and to allow audiences to see that it is possible to create on “ice” as opposed to the floor.

The Dance Enthusiast: What can you reveal about the choreography?

Douglas Webster: I’ve choreographed 3 new repertory pieces specifically designed for the synthetic ice — this is due not only to the change in surface style, but also owing to the difference in size. Our work is usually performed on a surface measuring 85 x 200 ft. Despite these differences, I aim to share the joy of flight and flow with our audiences. This time including more moments of the Skate 360 vocabulary that I mentioned prior. We’ll star 6 IDI company members, including 7-time British Champion and Olympian, Sinead Kerr; Turkish champion and Olympian, Alper Ucar; Aaron Gillespie, Sinead’s sister in law, Nadine Ahmed Kerr; Matej Silecky; and Liz Schmidt.

The first piece titled “In Flight” is set to Ralph Vaughn William’s “The Lark Ascending.” I chose this piece as the music resonates with the feeling of taking flight. I thought it would create incredible imagery on the Inside/Out stage that looks elevated and suspended in the mountains. The second called “Cool and Easy” is set to Chet Baker’s “As Time Goes By,” and allows us to showcase a playful and laid back skating style. The third titled “Luminous” is set to Max Richter’s piece of the same name, and portrays the swirling energies of the cosmos and the feeling of atoms bouncing off each other.

We’re looking forward to sharing our work with everyone at The Pillow’s Inside/Out stage on July 17th 2019!