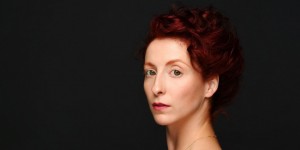 For Kimberly Landle, dancing had always been a source of joy, a means of processing, and sometimes even an escape. But when the Philadelphia-based professional dancer and artistic director of Klassic Contemporary Ballet found herself trapped in a relationship in which she was manipulated and belittled by her partner, the studio became the only place where she felt human.

When the relationship became physically abusive, she knew she had to get out and speak out. With “KIM”, an 8-minute documentary that tells her personal story of surviving a violent relationship, Landle’s passion for dancing takes on a new role, allowing her to process and heal by sharing her experience, educating others, and empowering survivors.

KIM has already been the recipient of a dozen leading film festival awards and nominations, and premiered on October 7th for Domestic Violence Awareness Month, in partnership with WEAVE and NumberStory.org, organizations dedicated to ending domestic violence.

The Dance Enthusiast asks Landle about the creation process, the healing process, and what’s next.

Theo Boguszewski, for The Dance Enthusiast: First off, I wanted to say thank you so much for making this film and for sharing your story! It seems like your recent journey in dance has been somewhat of a healing one. Can you share a bit about the founding of your company -- Klassic Contemporary Ballet Company?

Kimberly Landle: So, the company was founded in the midst of my (abusive) relationship. (The company experience) was definitely used as a sense of healing, not only for myself but also some of my dancers. The more I shared my journey with domestic violence, I was  able to help others heal. The company wasn’t created in direct response to what happened, but it definitely took on a new role.

How did you start that narrative with your dancers? Was it difficult to break through that wall at first?

I am a very open person, and when we created KCBC, a lot of my dancers were people who I’d been dancing with for 7-10 years … We became a close knit group, getting to know one another in the depths of who we are. It took me a little bit to finally express to them what had been going on, but once I was able to tell them the story, they rallied around me. After that, slowly but surely, other company members and other dancers that I knew,  would tell me their own stories. I consider myself to be a very strong woman, and if abuse can happen to me, it can happen to anyone.

Have you ever engaged with outside resources?

Yes! In Philadelphia it was  hard to find resources. I did a lot of research of my own…  I wanted to give others an opportunity to find professional help, because I’m not a therapist.  Sharing my own experience was important, but you don’t know if that’s actually helping or just making things worse, so I wanted to be able to offer professional help.

What was the process of making the film?  The timeline, for example.

The timeline was crazy! I met Maria (the producer) as  one of my students.  Before she graduated she said to me “I really want to do this with you,” … It was right before COVID hit, literally the day before Philadelphia declared a state of emergency.

We had two days of recording. The first day was in this beautiful location called “Location 215” in Philadelphia,  then the next day we were on the train and in my loft apartment. I think what made it easy was the fact that  Maria and I have known each other and we’ve done other projects together before.  I felt comfortable and safe. It was empowering to not just share my story but to possibly give other people hope to tell their own.

That must have been a really crazy process, in the midst of all those unknowns!

Yes, it was crazy! Information was limited [about COVID], but we did make sure that the crew was wearing masks. To think that we got it all done in  two days. I don’t really think about it unless I’m telling someone else.  It was pretty crazy.

And your film has  received so  much praise . You’ve been nominated for  and received multiple awards. How have you felt about the reception?

That’s been wonderful, we’ve won  many  awards at so many festivals. But, you can’t release the film until that process is all over, and again because it was during COVID, we didn’t get to (travel) and enjoy going on the red carpet for all these events. But it was wonderful to see that Maria’s hard work was  paying off.

What is the significance of using dance to  share this narrative? Obviously dance is your chosen medium, but why did it feel like such a powerful tool for telling this story?

I think  my easiest way of expressing myself is through movement. Not everyone learns the same way, some people need more of a visual, abstract way of viewing something, and I felt like being able to tell the story through movement made it way more powerful than just me speaking about it.  I felt empowered letting this experience rinse out of me , while dancing through it, with people dancing next to me.

I love that idea, you said it in the film too, this idea of rinsing, like taking a shower, not just a mental or emotional cleansing but also a physical cleansing, through the act of movement

Were there parts of making this film that felt difficult or triggering?

There was one part that felt triggering, it was when I had to sit down and talk about it …  because it was this realization of “this is what happened, and I’m saying it out loud, not just for people I know, but for other people." Not that that was embarrassing, but it was the realization of “you've made it through, and now you’re able to tell your story.”

There’s an interesting dichotomy of how one can use dance to channel emotions , to express feelings,  but then one can also see it as a way to escape those emotions.  You can leave everything behind when you are present in a dance class, for example.

That’s what I said in the film.  Dance class was the one place where I still felt human, which is strange because when you are on stage and dancing (in your element,) it’s like an out-of-body experience. But, I felt like that was the only place where I could go  and find some kind of normalcy.

I was thinking about this a little bit in watching your film, especially in light of “Me Too” movement  and all these stories that are coming out of the ballet world (like Peter Martins’ retirement from New York City Ballet, or the lawsuit from Alexandra Waterbury about her time at School of American Ballet.) I wonder how many people who grew up in these intensive dance settings can relate to the male/female power dynamic you describe in your film.

Oh, so many. We’ve had people who've reached out and said “I felt like your film was explaining my entire career growing into being a professional dancer.”

I’m  thankful that I grew up in a  nurturing environment in terms of ballet. I’ve had  great experiences with that, but for some of my dancers, those were the relationships that they shared – not healthy, mentally abusive. It’s exactly what you said, the male/ female dynamic where the man is in control and you’re not going to become principal dancer unless you do X,Y, and Z.  It really does happen more than we know.

What do you feel  is the impact of sharing this story- not just through the film but also person to person, off the stage?

It's made other people more comfortable to share their stories. It also  opens the eyes of the older generations to the fact that this can happen to anyone.  It definitely helped  parents of my students see that “if this can happen to me, this can happen to my own daughter.”  And that we are allowed to speak about it, and to be open about it. We feel less stigmatized [because of being a victim].

Do you feel that having danced your whole life , having a sense of ownership over your body,  helped you recognize what was happening earlier than others might have?

I absolutely think that!   I also think that he targeted me because of my mentality and how I’m strong willed. He knew I wouldn’t just give in. It was almost like he wanted to break me…  Being in control of and in tune with my body helped me understand and be more aware that what was happening was wrong. I also think it allowed me to be in control of myself until the last straw when I finally said,  “This is it, I can’t do this anymore.”

I am thinking about that juxtaposition, in the moment when it got physical.  You were coming from this place of always being in control of every little muscle and every little motion, and then suddenly  you weren't, How abrupt and startling that must have been.

It was very startling. I feel like he roofied me because he knew that if he didn’t, I would have fought him back. He had to take that control away from me.

So what’s next? Above and beyond all the viewership and all the conversations that have been started as a result of this film, what do you hope will come out of the sharing of this?

I hope that more people will come forward, and that we can direct them in the correct way, maybe to an organization  like WEAVE [the primary provider of crisis intervention services for survivors of domestic violence and sexual assault in Sacramento County]that’s near them.

I hope the stigma of this goes away as people become educated. And I hope that  as a company we can continue to tell these kinds of stories for other dancers and be a community where people can come to learn and grow with us.

DAY IN THE LIFE OF DANCE: David Parker of The Bang Group on Scrambling Musical Theatre, Male Intimacy, and His Company as Family