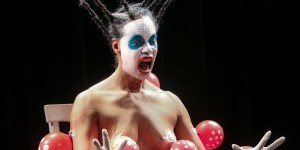 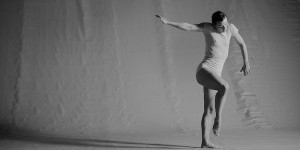 A Day in the Life of Andrea Miller of Gallim Dance: Premiere of “To Create a World” at the Joyce Theater

Published on January 23, 2019
Marvin "Marvano" Jaye on the Malecon in Havana, Cuba.

In the 1950s, when much of America was discovering Elvis and rock-n-roll, New York City swayed to a Latin beat. Manhattan fell for the mambo, the hot new dance from Havana. Like the beatniks of the era, the mambo’s fervent fans earned a hip nickname: the mamboniks. They sparked a dance craze that swept the nation — and the world.

The Mamboniks is the first documentary to trace the rise and fall of the mambo, which died down due to the Cuban Revolution and the British invasion. The Palladium shuttered its doors. The Cuban Missile Crisis of 1962 cut off all contact with the island. But today, the music and dance live on, and the film reunites the original mamboniks to tell this unlikely and little-known tale.

This fun, upbeat film features a lovable, animated, somewhat zany collection of dancers, musicians, disc jockeys, club owners and record company moguls. They’re retired in Florida yet still dancing — in their 70s, 80s and 90s! They reveal personal thoughts about the allure of the music, but also on love, friendship, adventure, coming-of-age, and, now in their autumn years, the meaning of a life well-lived.

Sammi Lim for The Dance Enthusiast: From bandleaders to night club owners and bullfighters to stand-up comedians... The Mamboniks share one thing in common: a pronounced lust for life. Did meeting them change you as a person?

Lex Gillespie, former journalist and award-winning filmmaker: Meeting the mamboniks changed me. Their enthusiasm is contagious so you can’t help but be inspired by them. My film is about dance but I don’t think you have to be a dancer to be charmed by them. This is something many have done for 60 years! Or more. Latin dance defined who they were and gave them an identity.

The Dance Enthusiast: Why the interest in these dance enthusiasts? Were you also taken in by the mambo craze during “the fabulous 50s”?

Lex Gillespie: I wasn’t born until 1960 but the Mamboniks reminded me of my parents. They weren’t Latin dancers but they still loved to dance. Nearly every Saturday night, they’d get dressed up, go out to dinner and then go dancing. I think they were part of the generation that loved the big bands, and dancing was, of course, a big part of it.

The Dance Enthusiast: Were any of the mamboniks reluctant to discuss the past or were all happy to share/overshare? Haha.

Lex Gillespie: The mamboniks were very forthcoming! They were all great talkers and wanted to share their stories. They gave us lots of great material. So if anything, they shared too much!

The Dance Enthusiast: Why do you feel it necessary to tell the mamboniks' story?

Lex Gillespie: When I started out researching the film, I didn’t know what direction to take it, until I set foot inside the Gold Coast Ballroom, in South Florida. It was like stepping into another world. The place was full of mamboniks, nearly everyone in the film goes dancing there. And they were such great characters with the gift of gab. Most even talked with their hands. That’s when I knew I had a story. It was a story that hadn’t been told before, and I’ve always tried to discover and tell unique and original stories.

Plus, their story was a very positive one. It’s a story about dancing but I think it’s much bigger than that. It’s about celebrating cultural diversity and building bridges, not walls, between people of different races and religions. It’s certainly something we need more of today.

The Dance Enthusiast: Filming spanned some 5 years, didn't it? Had there always been an end in mind?

Lex Gillespie: I overshot for this film! I think I gathered enough material for three films. I found so many wonderful people and cool stories that I just kept filming. There is the overall mambonik story I made, there is the story of American tourists flocking to Cuba, and there’s the story of the Catskill Mountain resorts, where so many Mamboniks spent their summers. This could have been a trilogy!

The Dance Enthusiast: So there might be a part two?

The Dance Enthusiast: What was the highest hurdle in the filmmaking process for you and Executive Producer John Paulson?

Lex Gillespie: The hardest part came with the editing. We had so many good stories and characters, it was simply very difficult to figure out how to put everything together and make everything work.

The Dance Enthusiast: You made lifelong friends in the process, some of whom are sadly no longer with us. Did any of the community members pass on the baton to their offspring?

Lex Gillespie: It’s not in my film, but many Mamboniks told me they loved Latin dance because it was different from the music and dance of their parents, which would have been ‘40s swing dancing. I don’t know if any of their offspring have taken up the mambo, but I don’t think this would have mattered to them anyway. They are a mostly free-spirited lot of people. So if their children danced to a different drum, I think most of them would have said, ‘so be it.’

Lex is a three-time Peabody Award winner and the shared winner of a silver baton from the duPont-Columbia Awards at the Columbia School of Journalism. He started out as a librarian and tape editor at National Public Radio. For the past 25 years, he’s produced documentaries on music, history, culture and the arts. His credits include:

Where To See The Film:
"The Mamboniks" has been accepted by a dozen Jewish Film Festivals in 2019, five of them for closing nights and one for opening night -- prime festival placement! The Big Premiere at Miami Film Festival falls on Sunday, March 3rd @ 3:15PM.