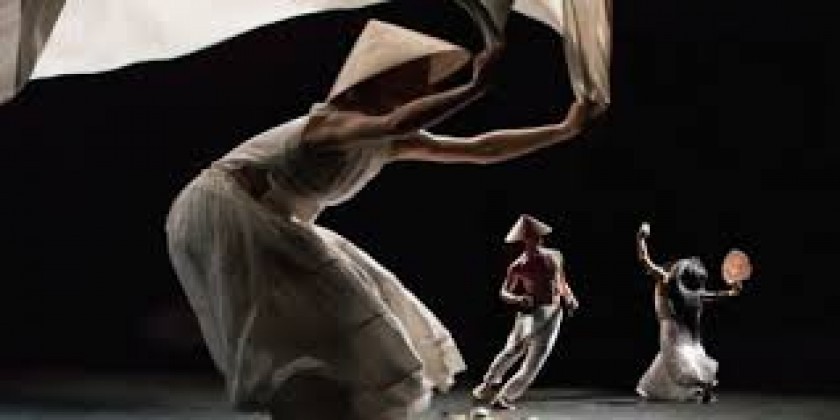 I saw this concert 2 Saturdays ago and am still talking about it at work. I'm not a reviewer or anything but I have the program from the show and I remember what the director said about every voice mattering and I liked that. I don't know if I'll ever see one of these dance troupes again but I'm definitely turned on to dance more than I was before. I took dance when I was a kid but I haven't ever seen anything like a real concert before. I only went to tag along with a girlfriend. We were there to see Janice Rosario & Company because she knows the Janice's family. At first I thought we would just see Janice's group and then go out for drinks, at least that was the plan but I was so taken with the whole presentation, with how professional it all was that I stayed for another two hours. Janice's work was very nice. Beautiful and powerful. It was a little strange to see such young girls moving so much like grown women. I mean the dancers, they aren't girls, they are adults legally but they look so young. It felt like I was watching my daughter think about the things I think about on a daily basis. I think you could totally call Janice a feminist and even though I am not I didn't feel turned off by her work. It wasn't militant or anything like that but it totally didn't shy away from the women's sexuality angle. I think her works were about the way women use their sexuality and are sort of trapped by it. Maybe I'm reading too much into it but that's what I got and even though I normally don't like listening to talk like that, I think because it was dance and I was watching it I was able to take it in and enjoy the it for what it was.

So after Janice Rosario finished my friend was ready to leave but then the director came out and invited us to stay. At first I thought we had to buy another ticket for the next show but I asked him and even though it felt like he was in a rush he very nicely explained that the ticket I had already purchased was good for the whole show and that the second part of the show was going to be just as wonderful as the first. My friend decided to go home but I stayed because I just really liked how everything was going and the way the director made it seem so welcoming. I'm glad I stayed because the second group- Kizuna Dance was really terrific. The director is named Cameron McKinney and even though he is black he made this terrific piece about Japan during the jazz era and then World War Two. If you've ever seen one of those artististic interpretations of something that was what this dance was like only it was the best artistic interpretation I'd ever seen. What I liked the best was that the dancers were so good and comfortable with what they were doing and after a while I started to think that they were really japanese people even though they were black, white, latina- basically everything except japanese. The best part was how wild they all danced. I have never seen bodies move that way. I mean this wasn't play acting. This was some serious stuff. Up, down, bending, front, backwards, side and around.  It was so much fun and just so terrific. I got to thinking at the end that I wished more dance like this existed. At the end I congratulated Cameron McKinney and he was so touched that he started crying. It was really special. So after that I was really tired and ready to go home but then the director came back out and told us that there was going to be one more special show with him dancing. And that there would be free wine. I'm not a louche or anything but even though I was tired I was having such a good time and I really just liked the director so much that I said to myself, why not.

I am glad I stayed. It's like the night just kept getting better and better. Juan Michael Porter II is the director and he was one of the lead dancers in the last part of the show which was basically a rock concert with an amazing singer and film projections of this beautiful woman with eyes like you've neveer seen before, and acting! It basically was a night of showing me everything I had never seen before. The video projections were so intense- especially because the woman with the crazy eyes could see us. Or she kept looking out at us through the film like we were in her head. At first I thought it was a digital special effect thing but then one of the lead dancers was the woman in the film! Completely unexpected. And she played this crazy person who kept killing people but then she fell in love with the director and then she stole him from another woman. I think she was like a goddess or something because everyone else kept dying except for her. But after she fell in love she stopped hurting other people but then this other woman wouldn't let her steal the guy she was in love with anymore but then at the end the guy fell in love with her and everything was ok until he died again. After that I think the goddess killed herself and then she became kind of human and was able to fall in love the guy and be with him. It was really trippy and terrific. There were so many terrific parts of the show but my favorite part of the night was during the 2 monologues. An actress came out and spoke halfway through and then again at the end. The first time she spoke about how she became a alcoholic so that she could lose her sense of time and then the director served us wine which was really hard hitting especially after listening to this woman reveal that she was an addict. After he served us wine, the director did this dance with the remaining wine. He had it on a round serving plate which was basically a mirror and he set it down and started twirling and jumping all over it without looking at it once. I thought he was going to knock it over or slip or hurt himself but he didn't. He just had this cool look on his face the whole time like he was unaffected by it all. It made me think about how some people can't control themselves with drink but others can. At one point during the dance I thought he was going to kick the wine and I yelled watch out and the lady next to me grabbed me because she was scared too, but it was ok. He didn't knock it over. He was safe and the lady and I just started laughing. It was like he made us come together. It was really special and a little nerve wracking and exciting. Then the second monologue with the same actress was about how she fell in love with a man who was not the man of her dreams and who she totally compromised her wishes about what she thought she wanted for but who loved her so much that it made ok because they had a daughter and that was enough for her. I really connected to what she was saying because I've had thoughts like that too. I love my husband but not everything is every going to be perfect and I had never had it put to me like that before. It was just a really special night and even though it was like 3 hours of dancing I loved every bit of it because it was all so different and terrific. I hope I can see these groups again someday and I wish them a lot of sucess. Especially the director. He was so warm and I didn't know that I needed to see all of that until he showed me.  I hope this wasn't too much to write. I just realized that this was like therapy for me and it all kind of just pored out. I'm a little embarrassed to put this all out there but I'm grateful for everything these dancers gave me so I'm going to do it. Please don't make fun of me anybody.

"Three for the World": A Refreshing Return to Human Connection

"Here We Root" by Jiemin Yang