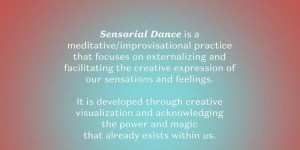 A recent dance show at the Public Square and Gardens at Hudson Yards may give critics reason to reexamine their initial judgments about the major development’s public spaces. The performance of Tabula Rasa Dance Theater’s “One Of Four” in July showed that inventive arts programming can spontaneously generate an audience out of the area’s visitors, whether they be tourists or residents of the area’s upscale condominiums—and generate a feeling of collective wonder, too.

“One Of Four” explores the topic of sexual assault through the daring choreography of Art Director Felipe Escalante. The show begins with voiceover, in which male and female voice actors recount anecdotes of rape or sexual assault. The voices turn into a crescendo of overlapping narratives, with both male and female voice actors recounting the same anecdotes—one of the first indications that the show will treat the issue of rape and assault through the experience of all genders.  When the dancers enter the stage (in this case, an area below Tom Heatherwick’s now-shuttered “Vessel”), they do so carrying life-size mannequins which then become their partners and foils during the course of the show. The mannequins, it becomes clear, represent the dancers during their real or imagined assault, when they became a body—not a person. The dancers’ interactions with the mannequins suggests the (almost psychoanalytical) process of working through—painfully, to the point of exhaustion—the traumatic event, with the hope of becoming whole again. A mannequin is faceless, mass-manufactured, a means to an end. So the wooden, ungainly props are fitting representatives for someone being assaulted, who by that act is stripped of personhood and reduced to body parts.

The movements of the dancer-mannequin duos, similar but individual, are at once disturbing and beautiful. How moving to watch as each dancer communicated with their “body”—and their past self—as if they could breathe life into the limp and useless limbs, like Geppetto does to Pinocchio. The independence of each individual dancer's movements gives the viewer's eye a constant sense of stimulation as you wander through a host of emotions and experiences. Here one "pas de deux" is violent, here another is tender. I did not take the performance overall to be either hopeful or pessimistic. The message was not a hokey mantra, like "there is no obstacle you can’t overcome.” And yet the physical and emotional exertion was not in vain, either. There is a power in the "communion" of selves — past and present — that invites the possibility of growth and change, if not complete healing.

Throughout the show, a man in a suit and a Panama hat sat in a chair near the periphery of the “stage”, taking photographs and making vaudevillian expressions and gestures. He was part of the cast, but his presence perplexing enough that one woman in the audience tried to take his cue and entered “stage right” to take selfies of her own, before being whisked offstage by staff. He stood in for the audience of this performance, as well as society generally. He was there to consume, to laugh, to shoot photos, to gawk— he is the person who cannot see what is right in front of him, the failed responsibility of society to support or even see survivors. That we were able to witness so many people imitating his behavior, by taking pictures and selfies of the performance, showcased the unique benefit of seeing this performance at an outdoor venue, where the audience did not sit in the dark but was as visible as the stage it encircled, and even looked down upon (from the Vessel), like some kind of Panopticon.

f you had doubts about whether a medium like dance can adequately explore such a serious topic, you can put them to rest right away, because this show was as heartfelt and raw as any film or story or play about rape and assault. Felipe Escalante has once again created a thought-provoking, striking show.