Announcing the Launch of Lincoln Center at Home 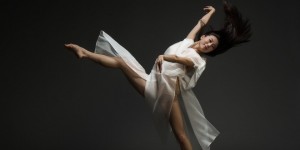 MOVING BODY – MOVING IMAGE Festival, conceived and curated by the accomplished choreographer, dancer, teacher, and filmmaker Gabri Christa, is one of the cultural events that will move online as the restrictions related to COVID-19 outbreak made the planned live event at Barnard College impossible. The festival, which made its sold-out debut in 2018, focuses on social themes in screendance (also called dance film or dance for camera,) in 2020 takes on Aging & Othering – a subject made even more relevant as the raging epidemic puts older members of the global population at heightened risk.

The event will be streamed live at www.movingbodymovingimage.com on Saturday, April 4, starting at 12:00 noon. The main program features two 45-minute screenings of shorts films, followed by two interactive panel discussions, at 4:00 pm and 5:00 pm.

Throughout the day, additional programs – installations, Virtual Reality projects, and a feature film directed by Marta Renzi – will be available for viewing on-demand on the festival’s website. Access to all 200festival programs will be open until 12:00 noon on Sunday, April 5.

The event is free and open to the public but registration will allow the viewers to participate in Zoom discussions with the panelists. A link to the interactive video chat room will be emailed to registered users; others can follow the discussion as a live video stream on the festival website and submit questions to panelists through an online form.

The 2020 festival short films feature aging bodies both in dance and sports, from seven different countries, spanning a variety of topics and styles: from animation through dance film to documentaries. They will be presented as two continuous, 45-minute screenings. Among the highlights are: a lyrical Swedish short Forget Me Not, starring the acclaimed American choreographer and dancer Donald Byrd and beloved former ballerina Siv Ander; a gorgeously filmed and darkly humorous Scalamare, marked by unique imagination of its director, the award-winning choreographer Jiri Kylian; and a heartwarming documentary Alive & Kicking: The Soccer Grannies of South Africa, chronicling a sports team consisting of elderly women who play ball to heal trauma.

Highlights from the additional programs section include Deborah Hay, Not as Deborah Hay, an intimate portrait of the seminal Judson Church Dance Theater artist. VR projects – focused on dementia – will also be available on the website. One of them is Notes about Blindness, a unique sound-based project by the late UK scholar and artist Jonathan M. Hull who has been exploring blindness in his work since the 1990s.

“I started the festival to give voice to social issues in the hybrid form of filmmaking, called screendance,” says Gabri Christa, the creator and curator of MOVING BODY – MOVING IMAGE. “Our first edition focused on the depiction of the moving brown body and strived to see it not only from an artistic but also social and political angle. The NYC audience loved it; the festival films toured nationally and continue to be seen. This year, the theme is the moving aging body, and the approach is similar – we want people not only to watch but to engage with the community. Even before the ongoing COVID-19 epidemic made our society more aware of the immense vulnerabilities of the senior population, ageism was, and continues to be, one of the last “isms” still allowed to perpetuate. I knew from the get-go that the subject matter we take on is extremely important and affects every single person worldwide – but now, when everyone is concerned about the safety of their older relatives and friends, the relevance of it made me adamant about making this event happen, even if it can’t be held as a physical gathering. I think it is crucial to create space and time for this vital conversation and invite as many diverse voices as possible to join. Thankfully, today’s technology allows people to participate remotely.”

Christa explains: “We received over 300 submissions but it was hard to find good films, works that break away from the stereotypes and show elders not only as frail and helpless but also as capable, strong, and determined. We know older dancers keep performing, but it is rare to actually see them at work. That’s what we want to change with our Aging & Othering program.”

The subject of aging is close, personal and important for the curator: “I became interested in it when working on my one-woman multi-media piece Magdalena whose central character was my mother who suffers from dementia. Parallelly, I was an Atlantic Fellow for Equity in Global Brain Health; this hands-on training exposed me to science and practice of caring for the elderly and draw my attention to the problem of ageism and ableism, so prevalent in our culture, and it made me think about aging truly deeply for the first time,” she concludes.

*For a full experience, some extra software and equipment is required; details below:

Related Links:
Panels / screenings will also be presented on FacebookLive at https://www.facebook.com/Movement-Lab-at-Barnard-College-103623187660724/
For schedule, registration, and more information about the festival, visit www.movingbodymovingimage.com.

Dance In Times of Isolation: Make Your Own Version of "Rosas danst Rosas"