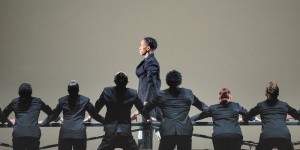 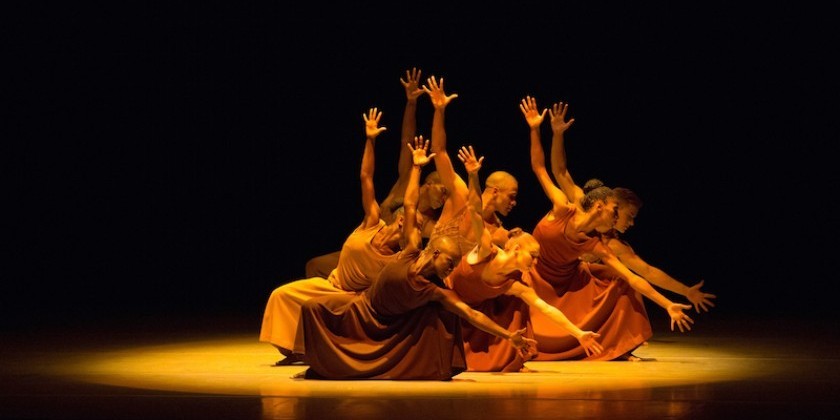 Dance is a transient art, existing in the present for its practitioners and witnesses. When the curtain closes, its impact lives on in the memories of those who made it, danced it, and watched it. If those recollections fade, the dance could, conceivably, be lost. In modern dance — a viewpoint dedicated to the new, the relevant, the risky — this is particularly acute. Unlike ballet companies (repertory companies presenting several hundred years of work), modern dance organizations are often structured around one choreographer’s vision. After that choreographer dies or disbands his or her troupe, the art works can fade for any number reasons.

Dance, though, when preserved and recreated, can function as an artifact, encapsulating an era’s visual, sonic, and kinesthetic tendencies. In their three-day engagement at NJPAC, Alvin Ailey American Dance Theater acts as a living museum, showcasing four pieces that stretch over 50 years and highlight a variety of choreographic viewpoints. You may not be touched by, or even enjoy, every piece, but by watching what has happened while it is happening, you may be inspired to think about what will happen.

The four-bill program opened with Odetta, Matthew Rushing’s 2014 tribute to the late, great folksinger. The piece features ten vignettes interspersed with Odetta reading aloud parts of Marianne Williamson’s “A Return to Love” (the New Age bestseller). There’s humor — the slapstick “There’s a Hole in the Bucket”; there’s poignancy — the beseeching “Sometimes I Feel Like a Motherless Child”; there’s activism — the rousing “Freedom Trilogy.” It’s a fine piece, well crafted with exuberant rhythms and plenty of kumbaya sincerity. Through no fault of their own, Rushing and the dancers try, but cannot always match, the plaintive dignity and rolling resonances of Odetta’s unparalleled vocal delivery.

The show ends as it often does — with Revelations, the company’s signature piece from 1960 that celebrates the vitality and hope of the African-American experience. Like at a rock concert, the audience cheers and claps, and some even dance in their seats.

It goes without saying that the Ailey dancers perform with warmth, verve, and extreme athleticism. Instead of using these New Jersey concerts as a warm up for their upcoming Lincoln Center run in June, they imbue what would live in the past with the immediacy of the present.