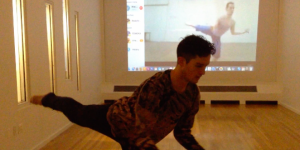 Linking Dances Through the Miracle of Skype

Rather wonderful program notes explained that much-awarded choreographer and internationally-admired teacher Pat Catterson had the good luck to have parents who were a professional ballroom dancing team and a paternal grandfather who was a tap dancer in Vaudeville. Catterson herself presented her first first full evening of chorography at Judson Church, in 1970, having moved to New York in 1968. In other words, she and her family represent about two thirds of American dance. I don't know whether this embarrassment of dance-history riches contributed at all to the making of Now, where the subject is not choreography, as such but rather a complex, technological experiment with the way that 21st-century audiences might perceive theatrical dancing; however, clearly, this is a work by a dancer who is not only comfortable in her thinking as a dancemaker but who also takes her art's past, its “then,” for granted. 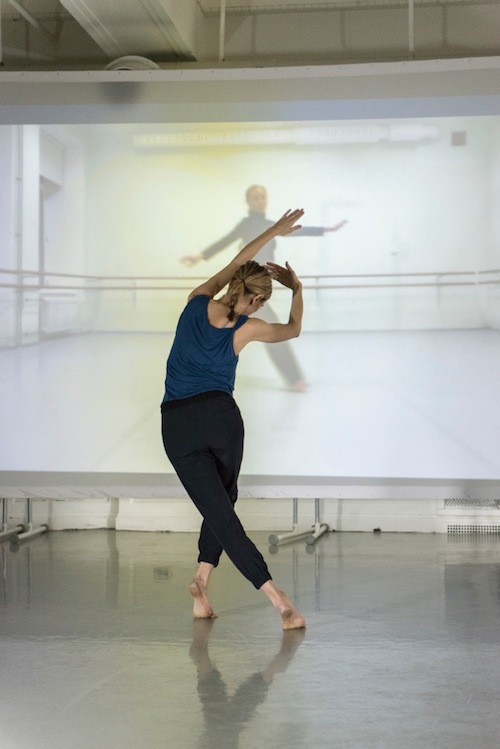 Although the realization of Now required some nail-biting electronic logistics, the concept is relatively simple. It offers, for the most part, pairs of dancers performing “duets” — which, in this case, means simultaneous solos with the soloists aware of and sometimes cueing one another. The step-and-gesture-filled dances are performed in silence, usually while the dancers are on their feet. Each member of the duet draws on the same movement material but executes it according to complicated “rules” that permit a limited set of choices in performance, thereby giving each duet variety and freshness.

The kicker, so to speak, is that one of the dancers is moving live, before us, and the other is moving in a studio somewhere else in the world, from Europe to Japan, with his or her dance projected on a screen in the New York venue (linked studios at New York University's Tisch School of the Arts, in January), through the miracle of Skype. Group movement sequences for the New York crew of dancers intermittently entertain the New York audience, and there is also a video, projected once, of Catterson personally dancing the “Now” material. The some 30 “events” are distributed in three connected spaces (two studios, one of which is also divided in half), and no pairings are repeated: It is not possible for any individual member of the audience (or, for that matter, any dancer) to take in all the performances, although, at the end, there is a bravura tribute to Paul Galando's contribution when Skype projections of all the dancers overseas are lined up in rows and they all perform the basic choreographic material simultaneously. 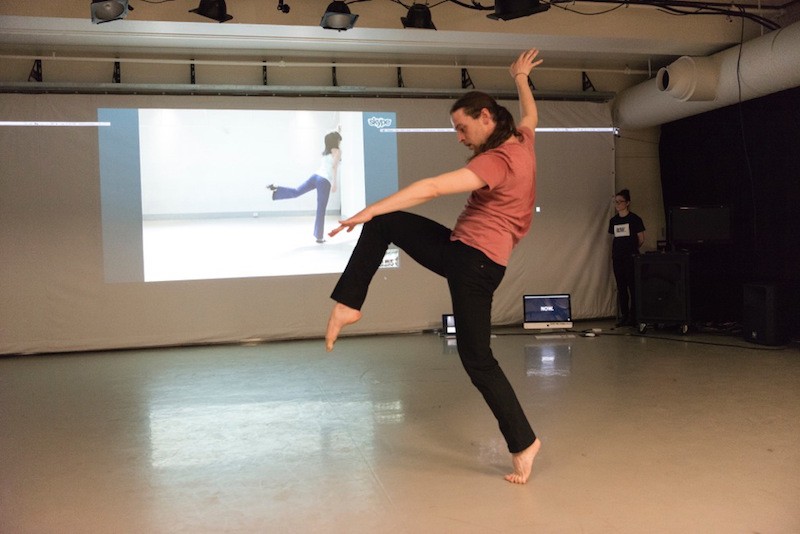 For this viewer, 75 minutes was about 15 minutes longer than my full attention span for this experiment, fascinating as it often proved. I was grateful that the installation aspect of Now gives the audience a bit of the agency to move around at will. This helped to make the 75 minutes pass more quickly than they might have if each of us had been sequestered to a single chair. The dances were more or less interesting according to the individual performers and/or the chemistry of the in person-Skyped relationships, rather than for their own sakes as formal choreography and/or gestural suggestions of drama.

Catterson's elaborate written explanations of what Now is meant to embody include her pushback against the idea of the dancer as a purely interpretive artist: “Over the past eight years, Pat Catterson has been fine-tuning a creative process that embraces rather than defies dance's ephemerality and seeks to rediscover the dancer as a full artist rather than as a well-tooled machine executing steps,” her program reads at one point. Elsewhere, she speaks of the Skyped performers as “shadows” or “phantom representations. . .real in the sense that they can be communicative, and yet not real, as these projected essenses lack physical weight and presence.” This is also a little highfalutin for this inkstained wretch to hold in mind while walking around and trying to figure out who's doing what. I suppose, as Catterson writes, “the media” probably creates a “faux intimacy. . .in which we are immersed daily.” But so do the telephone and the old Kodak camera—indeed, the very act of photography, back in the mid-19th century, created a “faux intimacy,” too.

“This, her 108th dance, is a production where all her interests coalesce,” Catterson wrote of herself in the program. It's a big project, for her — a career-summarizing project. I admired Now, both the concept and, in many passages, its realization. Still, the larger philosophical implications of it seem, to me, an attempt to “unpeach the peaches,” as the writer Annie Dillard once put it in the context of visual perception. And while that effort can be charming indeed, my own internal jury is still out on what usefulness will eventuate from it. I look forward to Catterson's next step in her proof.